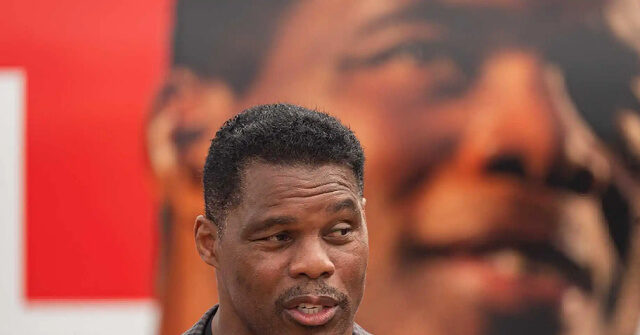 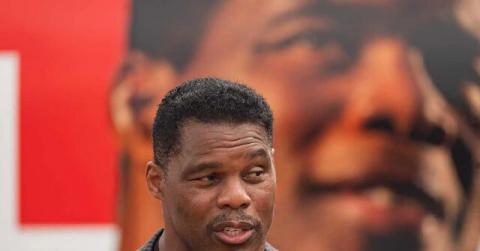 “Raphael Warnock and the left wing crazies will say and do anything to hold onto power. Well, they messed with the wrong Georgian,” a Walker campaign source said on Tuesday night. “He’ll never back down because the stakes are too high. And conservatives across the country see what the left is trying to do, and they are fueling his campaign with the resources we need to fight and win this seat back for Georgia.”

Walker, a retired NFL star running back, has faced a tough past week on the campaign trail after establishment media outlets leveled him with brutal attacks from an anonymous woman alleging that he paid for an abortion she had more than a decade ago — charges he denies. Walker’s team has seen a surge in fundraising since then, and in national support.

Things keep getting better for Walker this week, though, as in addition to the record fundraising day, Walker saw a pair of polls — one from Emerson and one from Trafalgar — that both showed him in a virtual tie with incumbent Democrat Sen. Raphael Warnock (D-GA).

In this June 15, 2021 file photo, Sen. Raphael Warnock (D-GA) speaks to a reporter after the Senate Democratic Caucus met to discuss progress on an infrastructure bill and voting rights legislation, at the Capitol in Washington. (AP Photo/J. Scott Applewhite)

This comes as more bad news trickles in about Warnock, as news broke on Tuesday that the church at which he is a pastor and that pays him a cushy housing stipend even though he is also a U.S. senator was seeking to evict tenants for overdue rent. Walker offered to pay the outstanding rent bills for the residents Warnock’s church sought to evict.

Barring a major new development in the onslaught of attacks that Walker has decried as an “October surprise,” which he says will not faze him, he seems to have weathered the storm ahead of this coming Friday’s debate with Warnock.

At an event earlier on Tuesday with National Republican Senatorial Committee (NRSC) chairman Sen. Rick Scott (R-FL) and Sen. Tom Cotton (R-AR), Walker pledged to carry on and be ready for the debate this week.

Georgia’s U.S. Senate race is critical for Republican chances to retake the U.S. Senate majority in November’s fast-approaching midterm elections. The Senate is currently divided 50-50 between the parties, and Democrat Vice President Kamala Harris breaks the tie. If the GOP can take this seat back, Walker could deliver the majority back to the Republicans to put a check on Democrat President Joe Biden’s agenda — depending on what happens in several other hotly contested battleground states nationwide.

Denial of responsibility! galaxyconcerns is an automatic aggregator around the global media. All the content are available free on Internet. We have just arranged it in one platform for educational purpose only. In each content, the hyperlink to the primary source is specified. All trademarks belong to their rightful owners, all materials to their authors. If you are the owner of the content and do not want us to publish your materials on our website, please contact us by email – admin@galaxyconcerns.com. The content will be deleted within 24 hours.