During the November 3, 2020 presidential election, Georgia law was broken in DeKalb County and, as such, the results should never have been certified, according to the chair of the Republican Party there.
Marci McCarthy, head of the DeKalb County GOP since April 2021, told The Georgia Star News that the handling of absentee ballots in her home county during the November 2020 election violated Georgia law.
As someone who served on a Vote Review Panel (VRP) representing the GOP during three elections in 2020 – the June presidential preference primary, August run-off election, and the combined general/special election in November 2020, McCarthy has knowledge of the absentee ballot adjudication and duplication process as well as a point of comparison in the handling of the three elections.
The VRP, established in state law, includes one member from each major political party as well an election superintendent. The VRP manually reviews or adjudicates all absentee ballots rejected by the ballot scanner that creates an electronic image of the ballot and generates duplicate ballots that can be accepted by the scanner.
In the case of a non-partisan election or a question on the ballot, the two elector members of the VRP are non-partisan.
Absentee ballots are duplicated when they are so torn, bent or otherwise defective, such as the voter’s intent not being clear, that they cannot be processed by the scanning machine. In addition, all UOCAVA – Uniformed and Overseas Citizens Absentee Voting Act – because they are not on ballot paper are unable to be fed into the scanner and are also duplicated. 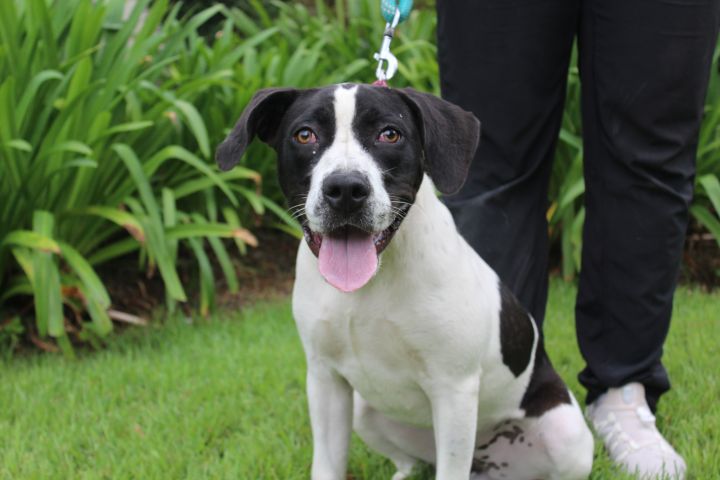 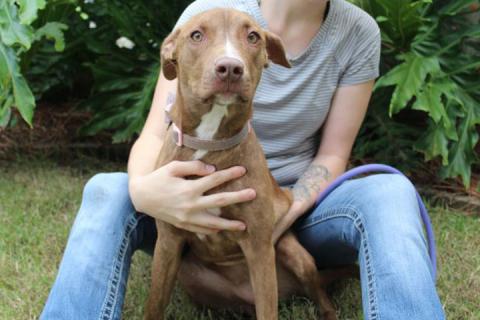 Ansley is a 6-month old female Retriever and American Bulldog mix puppy who is available for adoption from The Humane Society of South Coastal Georgia in Brunswick, GA.
Ansley is so sweet, loves people, and really loves any attention she can get from anyone. She has done great with other dogs and would be a great family pet! 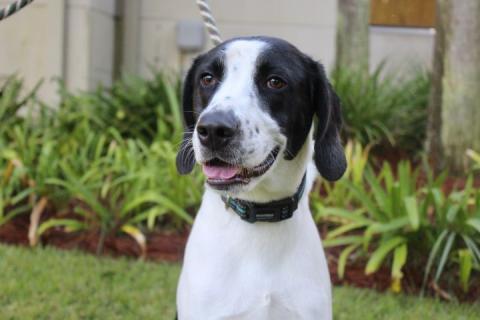 Webster is a 11-month old, 60-pound male Coonhound mix puppy who is available for adoption from The Humane Society of South Coastal Georgia in Brunswick, GA.
Webster was surrendered due to his family moving. He is still just a puppy at 11 months, so you can expect lots of puppy energy from him. Webster also has the puppy personality that loves meeting people, and even other dogs. He already has a few best doggie friends at the shelter. Webster has obviously had some training, as he responds to some commands such as sit and stay.

In the race for the Republican nomination to run for Senate in Georgia, former NFL star Herschel Walker is running away with it.
The Trump endorsed Walker holds a significant lead on all the other candidates.
If this trend continues, Walker will easily be the candidate and that’s not a bad thing.
Breitbart News reports:

BRUNSWICK, COLUMBUS and TIFTON, GA – October 27, 2021 – Hall Booth Smith, P.C. (HBS) is excited to welcome three attorneys in the state of Georgia: J. Keith Pollette, Rebekah Maddox Ditto and Roger C. Grantham, Jr.
Keith Pollette joins as Of Counsel in Brunswick where he focuses his practice on business litigation, construction, transportation and real estate matters. He also protects the rights of clients in general liability, governmental liability and premises liability matters. In addition, he is a licensed Mediator and Arbitrator and has assisted dozens of clients in resolving disputes outside of court.
Prior to joining HBS, Keith served as General Counsel for a parent company which owned auto dealerships, operated an insurance agency, and ran a petroleum supply company and convenience store operation which included franchised fast food restaurants. He also served as a title insurance agent for two nationally recognized title insurance companies. As a former city attorney, assistant county attorney, municipal court judge and county solicitor, Keith has handled numerous governmental liability matters for government officials and government entities. Keith earned a J.D. from Samford University Cumberland School of Law, and he completed a B.A. at the University of Georgia and an A.S. at Middle Georgia College.
Rebekah Maddox Ditto joins as an Associate in our office in Tifton where she specializes in governmental liability and general liability matters. She protects the rights of clients in a wide range of complex liability litigation. Rebekah also assists with the firm’s representation as County Attorney for Ben Hill, Berrien, Coffee, Tift and Ware Counties.

It’s Friday!
Memory Lane
A public service that made its debut in 1996 thanks to the Georgia Public Policy Foundation was the innovative Report Card on Georgia’s public schools, highlighted here in a 1996 article in the Macon Telegraph. One of the Foundation’s most popular publications, the Report Card, which ranked schools and education spending, was eagerly awaited by real estate agents across the state as they worked with families on home purchases. The Foundation ceased publication after the state Department of Education began publicizing the data. This year, the Foundation celebrated 30 years of Changing Georgia Policy, Changing Georgians’ Lives.
Quotes of note
“If a political party does not have its foundation in the determination to advance a cause that is right and that is moral, then it is not a political party; it is merely a conspiracy to seize power.” – Dwight D. Eisenhower
“The Constitution was a product of learned men observing the failures of other experiments in governance. Out of their contemplations of generations of political philosophers, they disaggregated authority across, and among, states and the national government. They protected the minority from the risk of mob rule and laid the groundwork for the ultimate dissolution of the greatest blight on the continent, slavery.” – Ronny Just
Education

Jones, who is running for lieutenant governor next year, said that while he believes Georgia’s SB 202, also known as the Election Integrity Act of 2021, does improve some aspects of the voting process, issues such as those he sees involving ballot counting machines and drop boxes still need to be addressed.
“I think it is of utmost importance that we do more than what we’ve already done as far as … 202 is concerned to try to let the people know, our constituents know, that we are listening to them and we are hearing them,” Jones said.
Listen:

A coronavirus vaccine site in Georgia became the fourth US location this week to pause its administration of the Johnson & Johnson jab after concerns over possible adverse reactions, a report said.
Eight people experienced lightheadedness after getting the shot Wednesday at the Cumming Fairgrounds, though health officials believe that could have simply been caused by the hot weather, WSB-TV reported.
MLB COMMISSION DECIDED TO MOVE ALL-STAR GAME AFTER PRESSURE FROM STACEY ABRAMS ON VOTING ISSUES: SOURCE
“It was a fainting issue,” Dave Palmer, North Georgia Health District spokesperson, told the outlet.
“We don’t think it’s anything to do with the vaccine. It’s probably more environmental factors,” Palmer said.
Adverse reactions were incurred by less than 2% of the 435 people who received the vaccine at the site, the report said.
“That facility is hard to cool, and we do have fans there, but it was a warmer day,” Palmer told the station. “I think the heat may have had some bearing on it. We’re not sure.”
CLICK HERE TO GET THE FOX NEWS APP
The Johnson & Johnson vaccine was also halted in the past week at sites in Colorado, North Carolina and Iowa.

Republican state lawmakers in Georgia want Coca-cola to remove all of its products from all congressional offices following the company slamming the state’s new election reforms.
On Saturday, Republican State House Reps. Victor Anderson, Clint Crowe, Matt Barton, Jason Ridley, Lauren McDonald III, Stan Gunter, Dewayne Hill, and Marcus Wiedower all signed a letter denouncing Coca-Cola for taking part in an “out of control cancel culture.”
“Upon the passage of the ‘Election Integrity Act of 2021,’ your company has made the conscious decision to perpetuate a national dialogue which seeks to intentionally mislead the citizens of Georgia and deepen a divide in our great State,” The group of lawmakers wrote. “We have the responsibility to all of Georgia to not engage in those misguided intentions nor continue to support corporations who choose to. SB 202 expands early voting opportunities, provides a pathway to ensure shorter voting lines, secures the use of drop boxes which otherwise would be illegal, as well as several other provisions allowing all Georgians greater access to fast, secure, and transparent elections.”
“Given Coke’s decision to cave to pressure from an out of control cancel culture, we respectfully request all Coca-Cola Company products be removed from our office suite immediately,” they continued. “Should Coke choose to read the bill, share its true intentions and accept their role in the dissemination of mistruths, we would welcome a conversation to rebuild a working relationship.”

Something seems really off about this Asian hate crime narrative being pushed regarding the Georgia spa killings. The facts don’t support the narrative.

Cherokee County sheriff’s investigators said the accused shooter was addicted to sex and saw the spas as a temptation in need of elimination. Atlanta police said the man was a customer at two of the spas he attacked. Someone told CNN the guy had been kicked out of his parents’ home the day before the killing spree for looking at pornography for hours. A former roommate told The New York Times the suspect had a serious porn issue, sought treatment for sex addiction, and asked those he lived with to keep him accountable including asking one to take his computer along with installing porn-blocking software on his Internet browser.

Yet, this hate crime narrative refuses to die, like some sort of kaiju.

“[I]t is clear evidence that this is a hate crime, but what we are concerned about is whether local law enforcement will indeed prosecute this as a hate crime,” California Congresswoman Judy Chu told NBC’s Meet the Press this morning before Congressional Asian Pacific American Caucus members visit Georgia with emphasis mine. “That’s why we are calling upon the Department of Justice to ensure that there are the res necessary to provide the evidence to declare it a hate crime. And that includes interviewing witnesses in their own languages, looking at the media to see whether they are, for instance, reading the evidence in the Korean media, which apparently has some statements of that sort, and whether they are looking at the shooter’s social media and history.”

On an unseasonably muggy February afternoon, a tour bus emblazoned with “We acquired energy” snaked by Warner Robins. Wrapped within the pan-African colours of pink, black and inexperienced, it was an exuberant ode to Black political clout.

Residents, virtually all of them Black, greeted the Black Voters Matter coach like an outdated good friend because it blared its horn, main a caravan previous low-slung bungalows and pink brick ranch homes. Males, girls and youngsters broke from their Sunday socializing to wave, run alongside it and lift clenched fists of Black energy.

The bus had been by these leafy streets earlier than, within the frenetic run-up to the 2020 presidential and Senate races in Georgia. Its presence right here made nationwide, even worldwide information.

Weeks later it was again, not on a victory lap for Democratic wins in these nationwide races however to gin up curiosity in a far sleepier marketing campaign: a particular election for a Metropolis Council seat on this small city 100 miles south of Atlanta.

The competition could seem low-stakes. However for the organizers who flipped Georgia blue, that’s precisely the purpose.