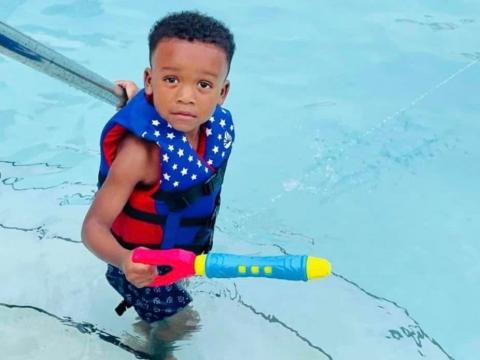 Thanks for signing up!

Access your favorite topics in a personalized feed while you’re on the go.

Months after a 4-year-old Georgia boy drowned during a swimming lesson, officials have criminally charged his swim instructor.

Tenhuisen was giving swimming lessons to 10 children in a backyard pool in Hephzibah, Georgia, when the incident occurred, according to a police report People obtained. At some point near the end of the lesson, Scott made his way to the deep end of the pool without Tenhuisen’s knowledge, a July release from the Burke County Sheriff’s Office reads.

“Tenhuisen claimed that the only thing that she can think of in her mind is that while the kids were swimming, he got a little too close to the drop-off, but she doesn’t remember that because there was just splashing, and she was watching them swim across,” the police report People obtained reads.

Once she realized Scott was still in the pool, she jumped in to save him and began administering CPR along with a parent who was waiting for her child’s lesson to begin, officials said, but Scott later died at a local hospital.

His mother, Dori Scott, was waiting outside the residence when someone approached her car and told her to come to the backyard, according to an interview with the digital publication The Shade Room.

“I walked in that fence and saw my baby laying on the side of the pool, and I saw some lady doing CPR on him,” she said. “I lost it.”

“Izzy Scott is not a case. He is not a file on a desk, nor an article in the news. He is a child whose loss has broken the heart of our community. He is a symbol of how we should cherish our little ones and hold them tight,” Williams said in the release.

It’s unclear why Tenhuisen was teaching lessons in Georgia despite residing in North Carolina. Since the incident, she has deleted her professional and personal Facebook accounts and made her Instagram account private.