BUCHAREST — NATO returns on Tuesday to the scene of one of its most controversial decisions, intent on repeating its vow that Ukraine — now suffering through the 10th month of a war against Russia — will join the world’s biggest military alliance one day.

NATO foreign ministers will gather for two days at the Palace of the Parliament in the Romanian capital Bucharest. It was there in April 2008 that U.S. President George W. Bush persuaded his allies to open NATO’s door to Ukraine and Georgia, over vehement Russian objections.

“NATO welcomes Ukraine’s and Georgia’s Euro-Atlantic aspirations for membership in NATO. We agreed today that these countries will become members of NATO,” the leaders said in a statement. Russian President Vladimir Putin, who was at the summit, described this as “a direct threat” to Russia’s security.

Some experts describe the decision in Bucharest as a massive error that left Russia feeling cornered by a seemingly ever-expanding NATO. NATO counters that it doesn’t pressgang countries into joining, and that some requested membership to seek protection from Russia — as Finland and Sweden are doing now.

More than 14 years on, NATO will pledge this week to support Ukraine long-term as it defends itself against Russian aerial, missile and ground attacks — many of which have struck power grids and other civilian infrastructure, depriving millions of people of electricity and heating. 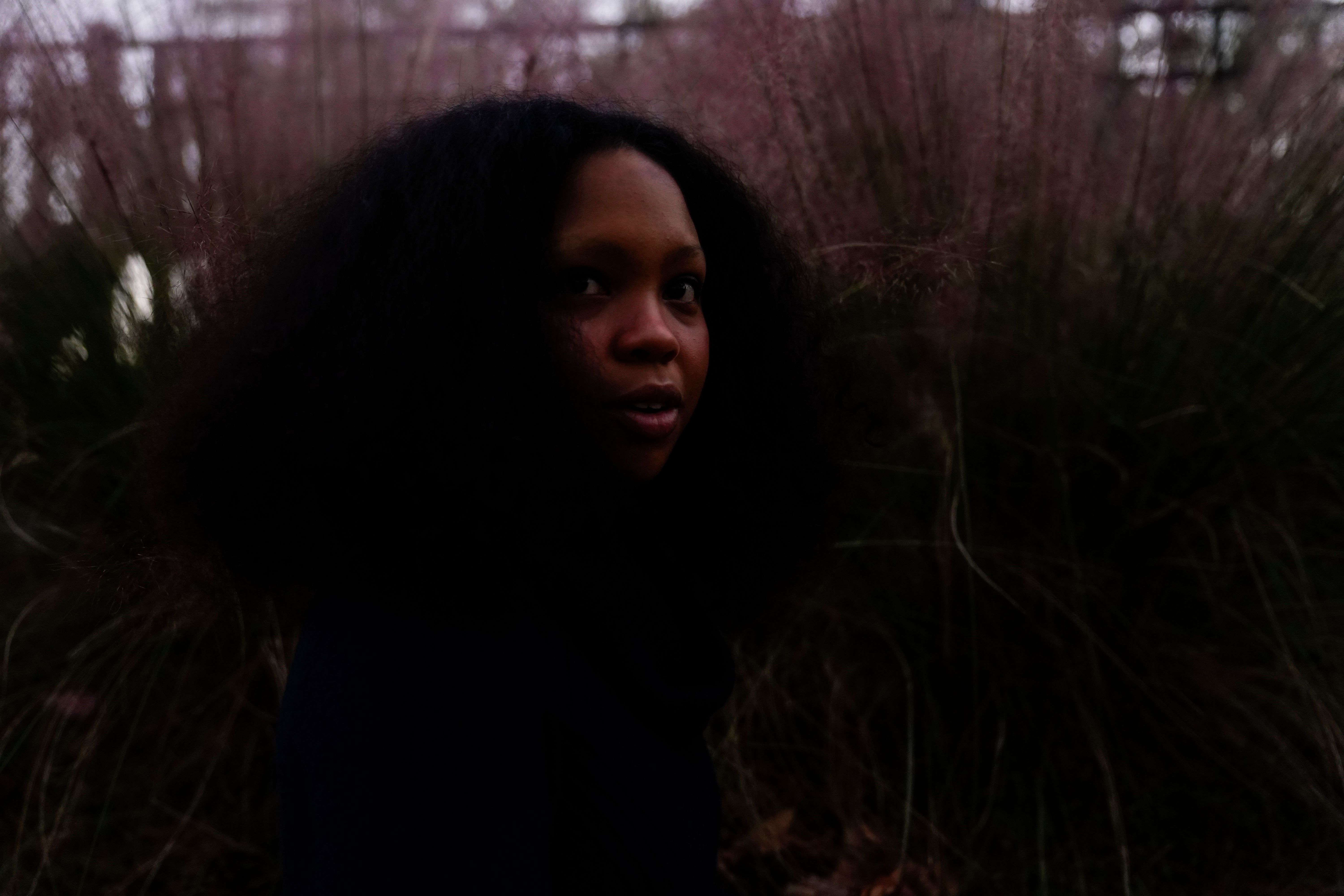 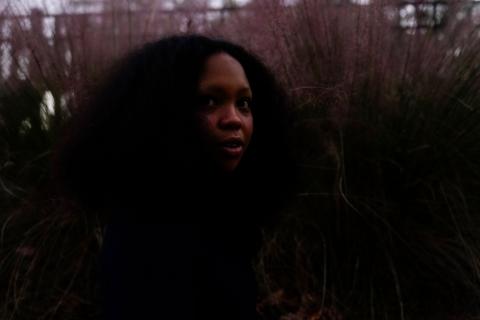 Mira Ugwuadu felt anxious and depressed when she returned to her high school in Cobb County, Georgia, last fall after months of remote learning, so she sought help. But her school counselor kept rescheduling their meetings because she had so many students to see.

“I felt helpless and alone,” the 12th grader later said.

Despite an influx of COVID-19 relief money, school districts across the country have struggled to staff up to address students’ mental health needs that have only grown since the pandemic hit.

Among 18 of the country’s largest school districts, 12 started this school year with fewer counselors or psychologists than they had in fall 2019, according to an analysis by Chalkbeat. As a result, many school mental health professionals have caseloads that far exceed recommended limits, according to experts and advocates, and students must wait for urgently needed help.

Some of the extra need for support has been absorbed by social workers — their ranks have grown by nearly 50% since before the pandemic, federal data shows — but they have different clinical training from other mental health professionals and many other duties, including helping families. Districts included in the analysis, which serve a combined 3 million students, started the year with nearly 1,000 unfilled mental health positions.

Officials in the Jacksonville, Florida, area have condemned many of the anti-Semitic messages that appeared in public places this weekend, including the football stadium, the highway bridge and the downtown building.

An anti-Semitic message referring to rapper Kanye West was seen strolling outside Tia Bank Field in Jacksonville during a college football game in Georgia and Florida on Saturday, according to a video filmed by a relative of Vic Miculucci, CNN’s WJXT reporter.

In the videothe words “I was right about the Jews” appear while scrolling through the outside of the stadium structure, referring to Recent anti-Semitic comments from rapper Yeformerly known as Kanye West.

It’s shocking to see that someone displayed an anti-Semitic message on TIAA Bank Field at the end of the all-sold-out Georgia and Florida game. A relative of mine sent this to me. Referring to comments that Yi (formerly Kanye West) made recently.

This hatred must stop. a period. pic.twitter.com/kBKYUx7hIh 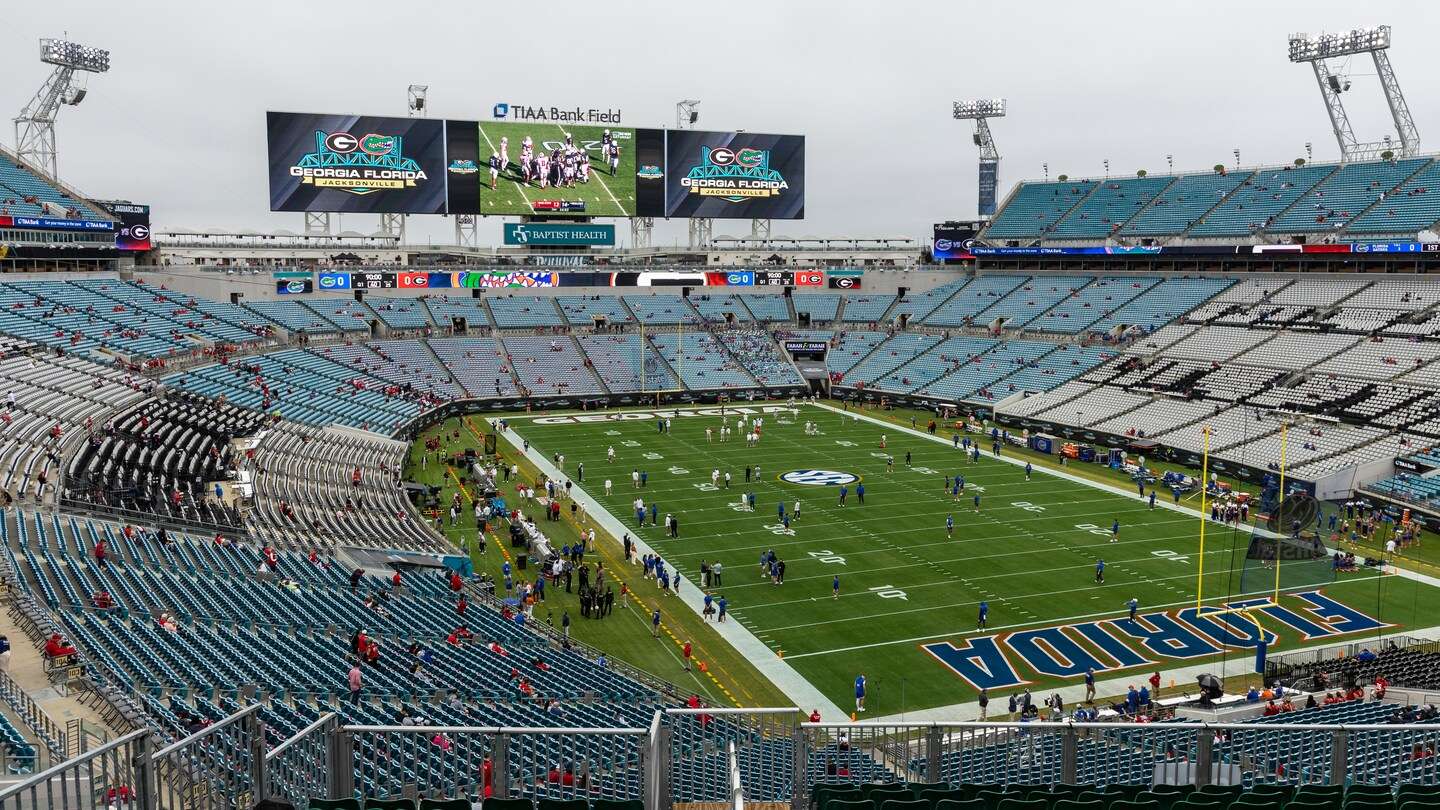 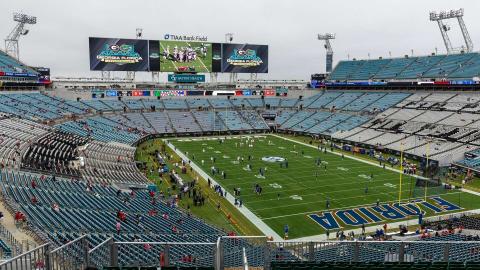 The two schools issued a joint statement to say they “stand together against hate” after the electronic scroll appeared following top-ranked Georgia’s 42-20 win.

“We strongly condemn the antisemitic hate speech projected outside TIAA Bank Field in Jacksonville after the Florida-Georgia football game Saturday night and the other antisemitic messages that have appeared in Jacksonville,” the statement read, also citing messages that were displayed Friday over Interstate 10. “The University of Florida and the University of Georgia together denounce these and all acts of antisemitism and other forms of hatred and intolerance. We are proud to be home to strong and thriving Jewish communities at UGA and UF and we stand together against hate.”

“thanks for the Jens Stoltenberg. ready to work with BoyIt is more than a military alliance: a bulwark of shared values ​​that we will not stop defending.” Late in the evening on a day more demanding than ever, the new Italian premiere Georgia Meloni Reply on Twitter to the NATO Secretary General’s congratulations. A few hours ago, Stoltenberg expressed his impatience to start cooperating with a leader Italy brothersCongratulations to Georgia Meloni. Italy is founding member From NATO, it participates Transatlantic Link It makes a powerful contribution to our security in a more dangerous world. I can’t wait to work with you.” In addition to the Prime Minister’s post directed at NATO, the German Chancellor’s tweet has also arrived Olaf Schulz: “I can’t wait to continue working closely with Italy in the EU, NATO and the G7,” he said after starting with “Congratulations to Georgia Meloni.” Then Schulz thanked the outgoing Prime Minister Mario Draghi: «I thank him for the good partnership between Italy and Germany In these years.” 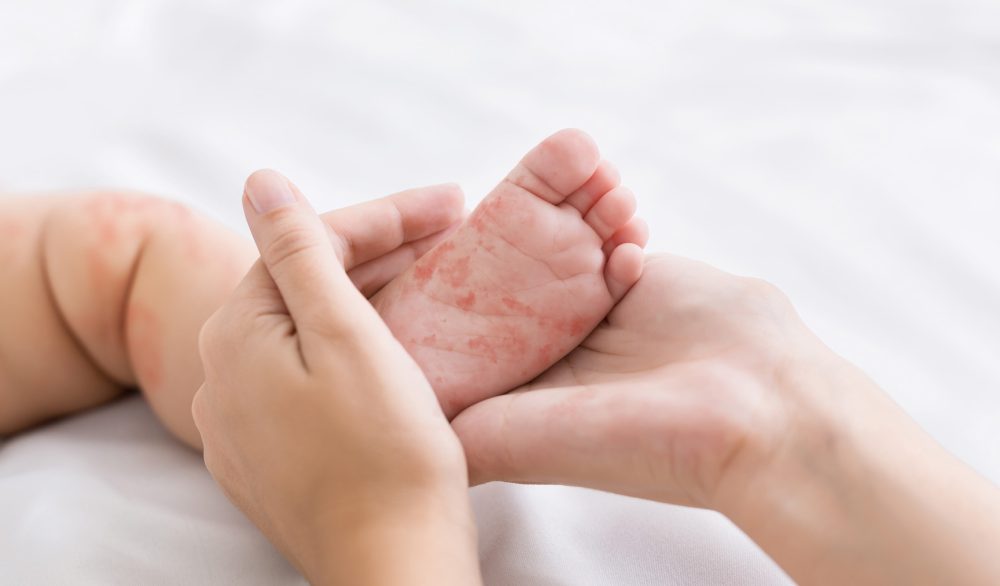 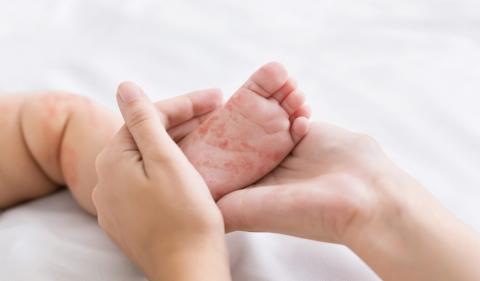 Current vaccination strategies are unlikely to eliminate measles, according to a new study led by faculty at the University of Georgia.

The paper, which published today in The Lancet Global Health, explores the feasibility of eliminating measles and rubella using predominant vaccination strategies in 93 countries with the highest disease burden.

Despite marked reductions in the number of new measles and rubella cases worldwide, gaps remain between current levels of transmission and disease elimination.

“Measles is one of the most contagious respiratory infections out there, and it moves quickly, so it’s hard to control,” said lead author Amy Winter, an assistant professor of epidemiology and biostatistics at UGA’s College of Public Health.

The basic reproduction number (R0) for measles, which represents the number of people that one infected person is likely to transmit that disease to in a fully susceptible population, is roughly 18. By comparison the R0 for the original SARS-CoV-2 virus is estimated to be around three.

In 2017, the World Health Organization director general requested a report on the feasibility of measles and rubella eradication. One component of this report was to use transmission models to evaluate the theoretical feasibility of eradication of the two viruses given different vaccination strategies. 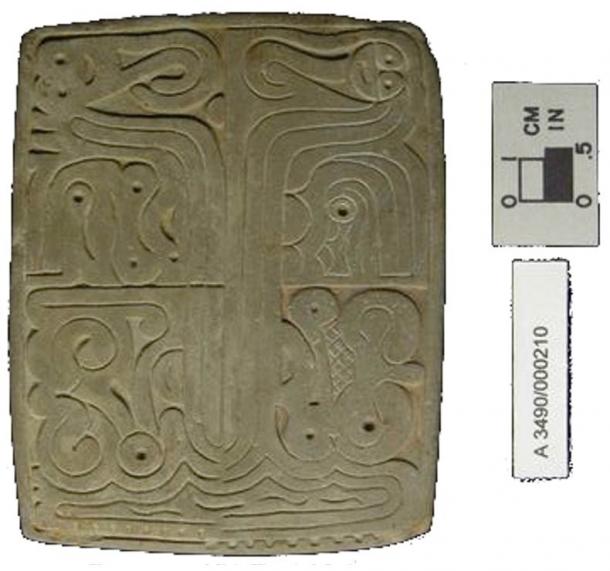 An avocational surface collector discovered a partially exposed Chinese votive sword behind roots on an eroded bank of a small stream in Georgia in July 2014. The 30-centimeter relic is probably a one-of-a-kind find in North America and adds to the increasing list of seemingly out-of-place Chinese artifacts indicating Chinese transit to North America during the Pre-Columbian period.
The magnificent sword has been identified as being made of Lizardite and has surface traits that indicate it is quite ancient. Future testing will hopefully establish the type of stone and pinpoint the , as Lizardite deposits exist in both the eastern and western hemispheres.
The answers to the when who, and how questions are still unknown. An effort to employ thermoluminescence testing protocols to identify when the soil at the extraction location was last exposed to sunlight was hindered since it was discovered that the soil had been disturbed.
There is still a tiny part of an unknown stranded substance clinging to the blade that may be acceptable for radiocarbon dating, as well as select sections of surface accretions that may yield useful information.
Chinese symbology

124 Room Mercure Telavi Hotel to Open within the Kakheti Area of Georgia in 2024
What Do I Need To Do To Sell My House In Atlanta Georgia?
3 of the Best Places to Visit in Georgia with Your Significant Other
Win For All Times Ga Lottery – Ways To Hit The Jackpot
Florida Georgia Line “Taking A Break” After 10 Years Together