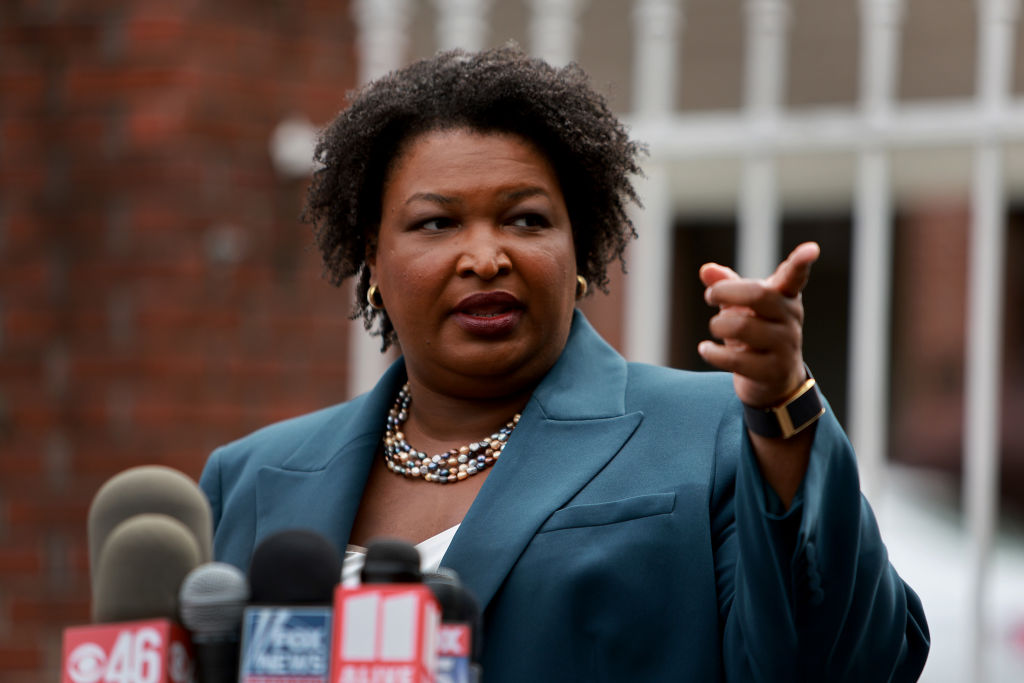 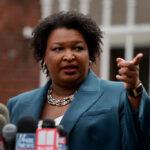 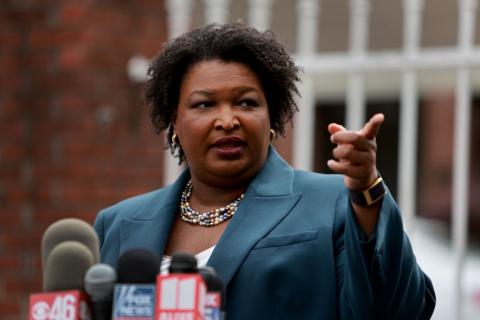 ATLANTA — It’s been a rough few months for the New Georgia Project.

The nonprofit founded by Stacey Abrams and once helmed by Sen. Raphael Warnock (D., Ga.) dismissed most of its leadership over the summer. A former executive told the Washington Free Beacon that the group’s top accountant was fired after saying he couldn’t do his job without violating the law. Now the group missed a crucial IRS filing deadline, an error that puts it on the wrong side of federal law.

Such chaos is now commonplace at the New Georgia Project, which Abrams founded in 2013 to register non-white voters in the Peach State. The group, and its affiliate New Georgia Project Action Fund, appear to have fallen into dire financial straits since the June dismissal of chief financial officer Randall Frazier. Although the groups raised a combined $37 million in 2020, their human resource director claimed in an October video call terminating three top employees that the New Georgia Project could no longer afford to pay their salaries.

The New Georgia Project’s Form 990 financial disclosure, which was due to the IRS on Tuesday, would shed light into what the two groups did with their millions in 2021. The forms offer a detailed picture of a nonprofit’s finances, including how much was paid to top officials and contractors. But New Georgia Project Legal Affairs Director Tangi Bush told the Free Beacon on Wednesday that the group’s “finance department” was still preparing the disclosures. Nonprofits and charities must provide their 990s to the public within 24 hours of an in-person request.

The former executive who spoke to the Free Beacon says that the New Georgia Project’s lack of staff and culture of secrecy are to blame for the groups’ missed IRS filing. Bush could not even say who works in NGP’s finance department when asked by the Free Beacon, citing a “personnel issue.”

According to National Legal and Policy Center counsel Paul Kamenar, the groups’ failure to file the Form 990 on time suggests “serious financial irregularities that should be audited.” With no known leadership in its accounting division, the New Georgia Project seems unable to comply with federal laws governing nonprofits, and faces potential fines or other penalties.

The New Georgia Project could also face sanctions from state authorities for failing to disclose its finances. Black Lives Matter group was temporarily barred from raising charitable funds in California and Washington in February after it failed to report its 2020 finances on time.

Abrams and Warnock are no longer affiliated with the New Georgia Project and the New Georgia Project Action Fund, although they both maintain ties with the groups’ leaders, including board chairman Francys Johnson. Warnock, who led the group from 2017 to 2019, appointed Johnson to his “Federal Nominations Advisory Commission” in March 2021. In September, he co-hosted a rally for Abrams.

The New Georgia Project worked to get both Abrams and Warnock elected this cycle, with mixed results. Abrams lost her second gubernatorial bid by nearly eight points. Warnock will face Republican challenger Herschel Walker in a December run-off after failing to earn 50 percent of the vote on Election Day.

Breakdown of Sidney Powell’s Lawsuits in Georgia and Michigan
FACT SHEET: How the Inflation Reduction Act Will Cut Energy Costs, Bring Jobs to Georgia
Types of Wildlife That Can Get in Your Georgia Home
Divorce Financing in Georgia
Florida, Georgia Would Happily Play Host to Republican National Convention If It leaves North Carolina