Georgia becomes one of the first states to reopen after coronavirus

Georgia has become one of the first states to ease coronavirus lockdown restrictions, as Governor Brian Kemp cast CDC cautions and even President Trump’s criticism aside today, to allow some non-essential businesses to re-open.
But while anti-lockdown protests have gathered momentum nationwide, the scenes in Georgia today were far from the enthusiastic uptake for which Kemp must have hoped.
Instead many stores remained shuttered and business owners and employees who spoke with DailyMail.com today told of their confusion, conflict and fear that this was a move made too soon. 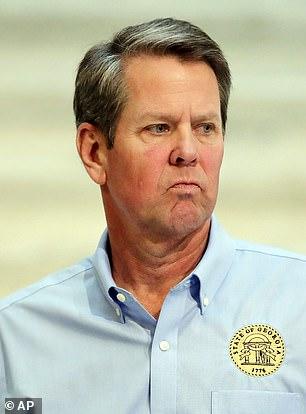 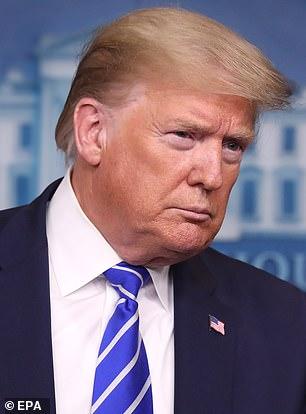 Georgia has become one of the first states to ease coronavirus lockdown restrictions, as Governor Brian Kemp cast CDC cautions and even President Trump’s criticism aside today, to allow some non-essential businesses to re-open 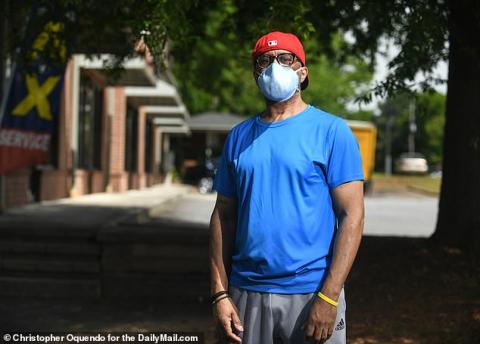 Some expressed anger at Kemp’s decision and have no intention of reopening. Upscale Barber’s owner Michael Macey, 62, slammed the governor, ‘Especially when you look at how this virus is ravaging our community 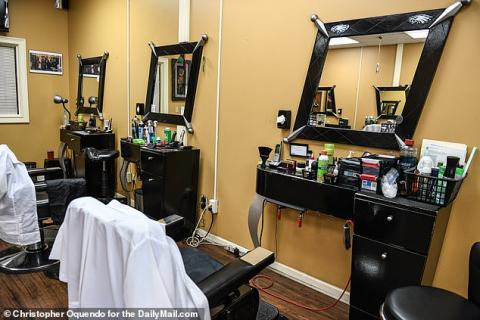 Macey said they had been given no testing equipment, no way to check clients’ health as they came in and that it was, ‘irresponsible to open so soon’ (pictured is his Upscale Salon) 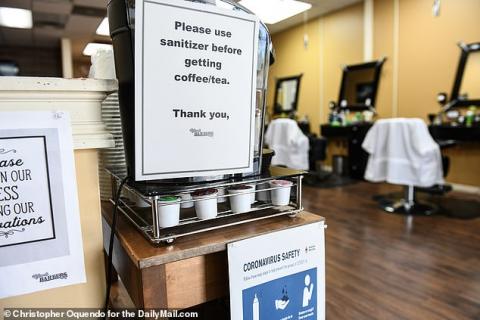 Macey admitted that he was ‘barely making it,’ but will not open his doors until the CDC has declared conditions safe. Pictured is his salon 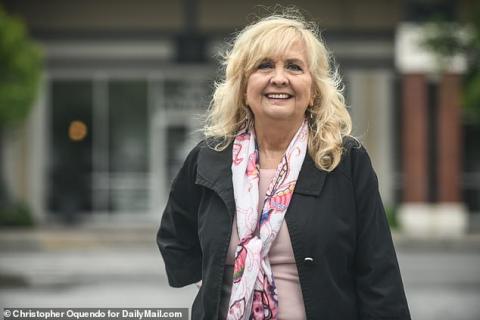 Others were glad to reopen. Hair stylist Deborah Adams in the throes of preparing her salon for clients said, ‘Trust me I am dying to get back to work but I don’t want to die. It’s just not a good idea right now’

Hair stylist Deborah Adams in the throes of preparing her salon for clients said, ‘Trust me I am dying to get back to work but I don’t want to die. It’s just not a good idea right now. There is still a stay in place order, and you have to stay six-feet away from people, yet I am supposed to cut hair and put my hands-on people.’
The Georgia easing is targeted at businesses including fitness centers, bowling alleys, body art studios, hairdressers, nail salons and massage therapists.
Critics have questioned how it is possible for any sort of meaningful coronavirus prevention measures to be instigated at businesses that are, by their nature, up close and personal.
President Trump this week claimed he ‘wasn’t happy with Brian Kemp,’ though Kemp’s own advisors have since stated that both the president and Vice President Mike Pence were privately supportive of the plans to reopen.
Atlanta Mayor Keisha Lance Bottoms revealed on Monday that she had been blindsided by the Governor’s announcement. She said was ‘perplexed’ and ‘upset’ and stated, ‘There is nothing about this that makes any sense.’ 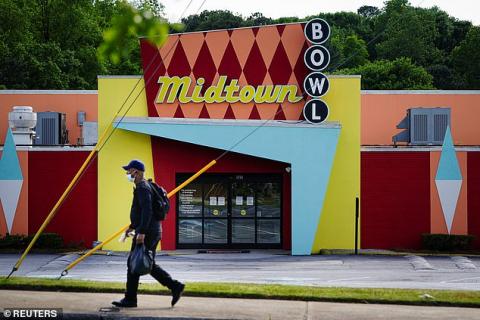 Among businesses that will reopen on Friday are bowling alleys and hair salons. The Midtown Bowl bowling alley is pictured earlier this week 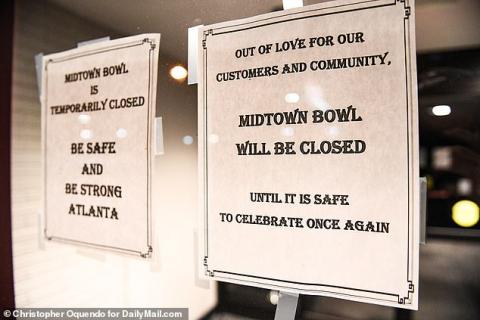 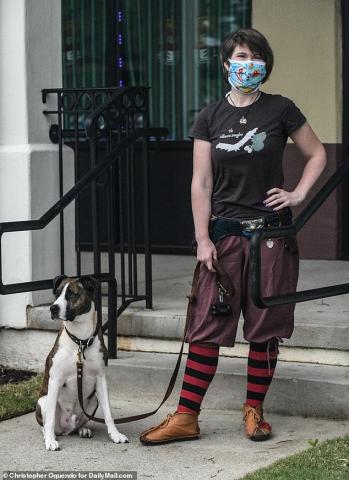 Some, like Elite Edge Gym owner Jason Colleran, 38, decided to do a ‘soft opening’ Friday as they navigate new protocols.
Members of his gym will have to enter through the front door and exit at the back to encourage social distancing. Only six to eight students will be allowed in the facility at a time which will allow around 30 feet between them in this commercial gym.
The state has set out 16 guidelines they recommend gyms follow,
Colleran has posted his checklist at the door explained, ‘We have a checklist for students. They will need to have their temperatures checked and hand sanitized before being allowed to work out.
‘Showers and bathrooms are for one person at a time. Students must keep appropriate distances apart from each other. They must also clean their equipment before and after use.’
He said it was down to gym users’ discretion whether they chose to wear a mask but there will be masks, gloves and hand sanitizer stations around the gym.
Like many having to close his doors has hit Colleran hard and he admitted to feeling ‘great’ to be able to open even partially. As things stand, he faced closing the business permanently in May.
Body Art Studios, Estheticians, Hair Designers, Massage Therapy and Tanning Facilities have a list of 13 state issued guidelines to follow.

One of the entrepreneurs who helped write the new guidelines said most businesses will not be able to profit under them.
The reduced guidelines involve cash payments, frequent hand sanitizing and washing and spacing out tables which will result in reduced capacity.
‘I think the vast majority of restaurants cannot open profitably with these guidelines in place,’ Bo Peaody told Business Insider.
The new guidelines limit restaurants to running at 50 percent capacity. Peabody said they typically have to be 75 percent full to turn a profit.
Staffing will also be a challenge since staff have to stay 6ft apart while working.
However the guidelines are not mandatory, he said.
‘I was surprised that the governor didn’t make some of these things statutory.
‘I think that you’ll see a lot of operators, not necessarily in Atlanta, but outside of Atlanta, are going to open and just go about business as usual.
‘And their view is going to be that people who are comfortable coming will come and people who aren’t won’t. That’s because there’s no liability,’ he said.

Is Lake Lanier over a town? Lake Lanier, the ‘haunted’ Georgia reservoir, has a complicated history, including racism, Details explored!
Georgia Lawmakers Kick Out Coke
Expertise Within The News
Ruwa Romman: First Muslim and Palestinian woman elected to Georgia state House
Advice for anyone moving to Georgia