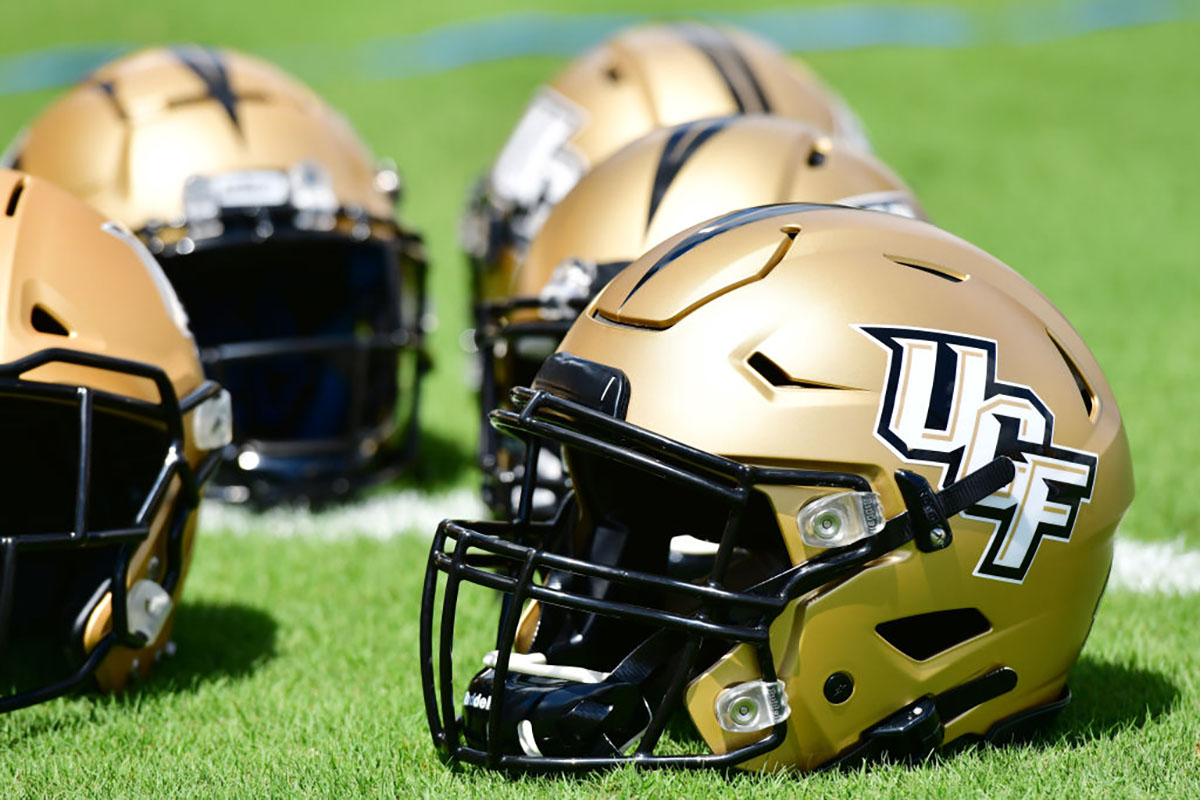 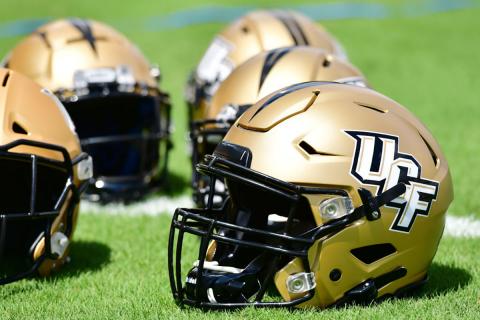 Dillon Gabriel made sure Central Florida didn’t let another game slip away on the road.
The sophomore threw for a career-best 417 yards and four touchdowns, leading the No. 14 Knights to a 49-21 victory over Georgia Tech in their season opener Saturday.
It was a rewarding performance for UCF, coming off the uncertainty of the pandemic-affected summer and a bit of a disappointing season by its standards in 2019. The Knights lost three games — all on the road — by a total of seven points.
After falling behind 28-7, Georgia Tech closed within a touchdown early in the fourth quarter. But Gabriel led a dominating performance the rest of the way, finishing 27 of 41 to eclipse his previous career high of 365 yards in a game last season at East Carolina.
“We had so many guys making plays all over the field,” Gabriel said. ”When that happens, you see what we can do.”
UCF bounced back after giving up a long return on the opening kickoff and falling behind less than a minute into the game.
Tre Nixon and Marlon Williams each hauled in a pair of TD passes. Showing off its running back depth, UCF got touchdowns on the ground from Greg McCrae, Otis Anderson and Bentavious Thompson.
Gabriel, a left-hander from Hawaii who claimed the starting job early in his freshman year, is the one who makes the fast-paced offense go.
“From the first snap on, he had his eyes in the right place, he understood protections,” UCF coach Josh Heupel said. “We made tons of adjustments on the sideline and he was flawless in doing all that. That’s extremely hard to do. That speaks to his growth from year one to year two. ”
Coming off a 3-9 season in Geoff Collins’ coaching debut, Georgia Tech opened 2020 by rallying for a 16-13 win at Florida State.
The Yellow Jackets (1-1) had similar hopes after closing to 28-21 on a pair of scores by freshman Jahmyr Gibbs, who also had a long kickoff return to set up their first TD.
But Georgia Tech simply made too many mistakes in a game played before a socially distanced crowd of about 11,000 at 55,000-seat Bobby Dodd Stadium.
“We put up a lot of numbers and a lot of yards, but we have to capitalize in the red zone and we cannot turn the ball over,” said Collins, whose team was missing several key players.
The Yellow Jackets got off to a brilliant start. Gibbs returned the opening kickoff 75 yards, setting up quarterback Jeff Sims’ 1-yard touchdown run 55 seconds into the game.
UCF responded with a 75-yard drive capped by Gabriel’s 6-yard touchdown pass to Nixon.
Georgia Tech squandered a couple of chances to reclaim control of the game, coming up with no points on two drives deep into UCF territory.
Sims fumbled the ball away at the Knights 8 and freshman Jude Kelley’s 27-yard field goal was blocked.
“You cannot do those things versus a really good football team,” Collins said.
It was the fourth blocked kick in two games for Kelley, who had two field goals and an extra point swatted away in the victory at Florida State. Another freshman, Gavin Stewart, handled the extra points after Georgia Tech’s other TDs.
BEST IN THE SUNSHINE STATE
Gabriel couldn’t resist a little poke at Florida State.
“You saw what happened last week,” he said. “I guess you can say we’re the best team in Florida.”
THE TAKEAWAY
UCF: The Knights are again one of the leading contenders from the Group of Five. Gabriel is a dynamic quarterback who fits perfectly in the up-tempo offense, and he’s got plenty of weapons at his disposal. Williams had 10 catches for 154 yards, and Jaylon Robinson added six catches for 105 yards. Both came up big after Nixon left the game with an undisclosed injury. He appeared to land hard on his shoulder making a 25-yard TD catch and didn’t return in the second half. McCrae also hobbled off, a blow to his hopes of staying healthy after an injury-plagued 2019 season.
Georgia Tech: Sims again showed flashes of promise in his second college game, but he simply made too many mistakes to beat a team of UCF’s caliber. He was 18 of 36 for 244 yards with a pair of interceptions. The Yellow Jackets also lost three fumbles.
MISSING IN ACTION
Georgia Tech did not have its leading runner and a top defensive lineman. Jordan Mason and Curtis Ryans were among six players unavailable for the game. The school did not give a reason for their absence.
Mason led Georgia Tech with 899 yards rushing last season. He had 55 yards and a touchdown in the victory at Florida State, while Ryans had two sacks and two forced fumbles.
The Yellow Jackets also were without two other potential defensive starters, cornerback Tre Swilling and defensive end Antonneous Clayton, both of whom missed their second straight game with apparent injuries. Tight ends Dylan Leonard and Dylan Deveney were missing, as well.
UP NEXT
UCF: Plays its second straight road game to begin the season, facing East Carolina next Saturday in its American Athletic Conference opener.
Georgia Tech: Returns to Atlantic Coast Conference play with a trip to Syracuse next Saturday.
___
Follow Paul Newberry on Twitter at www.twitter.com/pnewberry1963. His work can be found at https://apnews.com/search/paulnewberry
___
More AP college football: https://apnews.com/Collegefootball and https://twitter.com/AP_Top25

Georgia Fans Weren’t Allowed to Tailgate on Campus So They Tailgated Off Campus
Jason Aldean explains why Macon, Georgia is such a personal album title: “It all started there”
Black voters showed they matter in Georgia. Here’s how activists are trying to keep it that way
Man Helps Free A Fox With Its Paw Caught In a Tree
TRENDING: Young GA Man Shot And Killed During Alleged Citizen’s Arrest; Horrifying Video Just Released