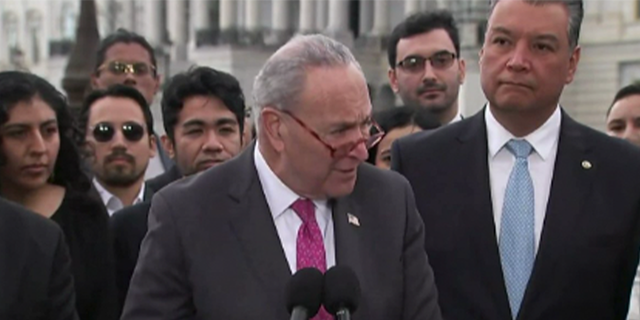 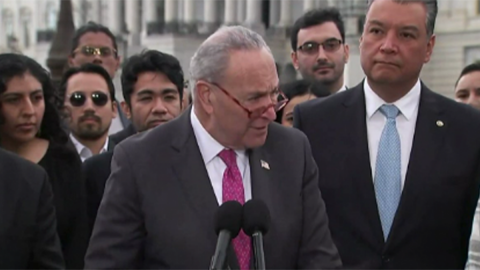 An offshoot group linked to the Chuck Schumer-aligned Senate Majority PAC (SMP) is pumping millions into the Georgia Senate runoff to save Democratic Sen. Raphael Warnock.

Since Nov. 11, Georgia Honor has poured nearly $14 million into ad buys and media production backing Warnock and attacking his Republican challenger Herschel Walker over the likes of abortion, Federal Election Commission filings show. The super PAC is one of the top spenders for the Dec. 6 election.

Beyond being marked as an affiliated committee and stated as such in some media reports, the SMP has links to Georgia Honor on several levels. SMP has provided Georgia Honor with all of the $28 million it has raised as of mid-October. At the same time, Rebecca Lambe acts as the treasurer of both groups, which also share an address, according to their respective records. 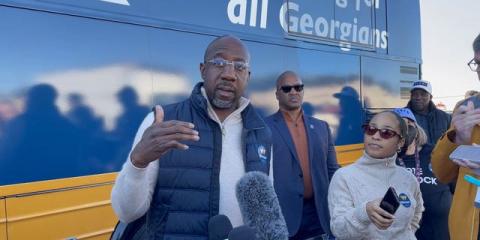 Democratic Georgia Sen. Raphael Warnock is attempting to hang onto his seat in the Dec. 6 runoff election. (Brandon Gillespie)

“After multiple years and over several campaigns, countless news reports, SMP’s website, and our filings and statement of organization with the FEC show that Georgia Honor is a Senate Majority PAC-affiliated group that is following every rule and regulation governing federal PACs,” SMP spokesperson Veronica Yae-in Yoo told Fox News Digital. “Given this level of transparency and the public record, this piece is head-scratching – but we will continue to operate in accordance with all election laws, as we have always done.”

Meanwhile, Lambe – the treasurer of both groups – also founded Majority Forward, a dark money nonprofit that is the biggest financial backer of SMP, which itself is the sole funder of Georgia Honor.

Majority Forward was SMP’s most significant donor for the midterm elections, with at least $47 million poured into the committee up to Election Day, filings show.

Majority Forward and SMP are also closely affiliated entities. J.B Poersch, a Schumer ally, is Majority Forward’s and SMP’s president. The groups share a Washington, D.C., office and employees, and Majority Forward has added hundreds of thousands of dollars for salaries, insurance and IT security. 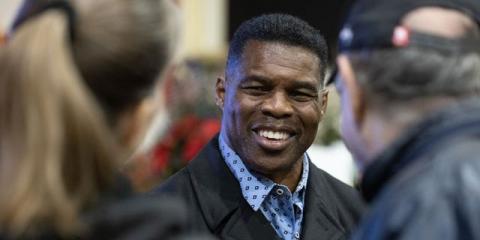 Majority Forward launched in 2015 as a voter turnout operation and has collected increasing sums from anonymous donors. The nonprofit raked in $105 million between July 2020 and June 2021, its most recent tax forms show, which was a $13 million increase over its previous calendar year.

The Schumer-aligned groups collected dark money as he publicly criticized the practice. As recently as Sept. 19, Schumer called dark money a “cancer” and said, “Americans deserve to know who’s spending billions to sway our democracy.”

Schumer has also pushed legislation against dark money after previously demanding that right-leaning judicial groups make their donors public, even as Democrats simultaneously benefited from such groups. 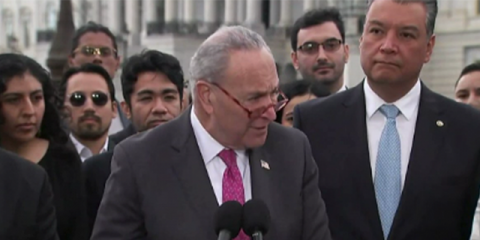