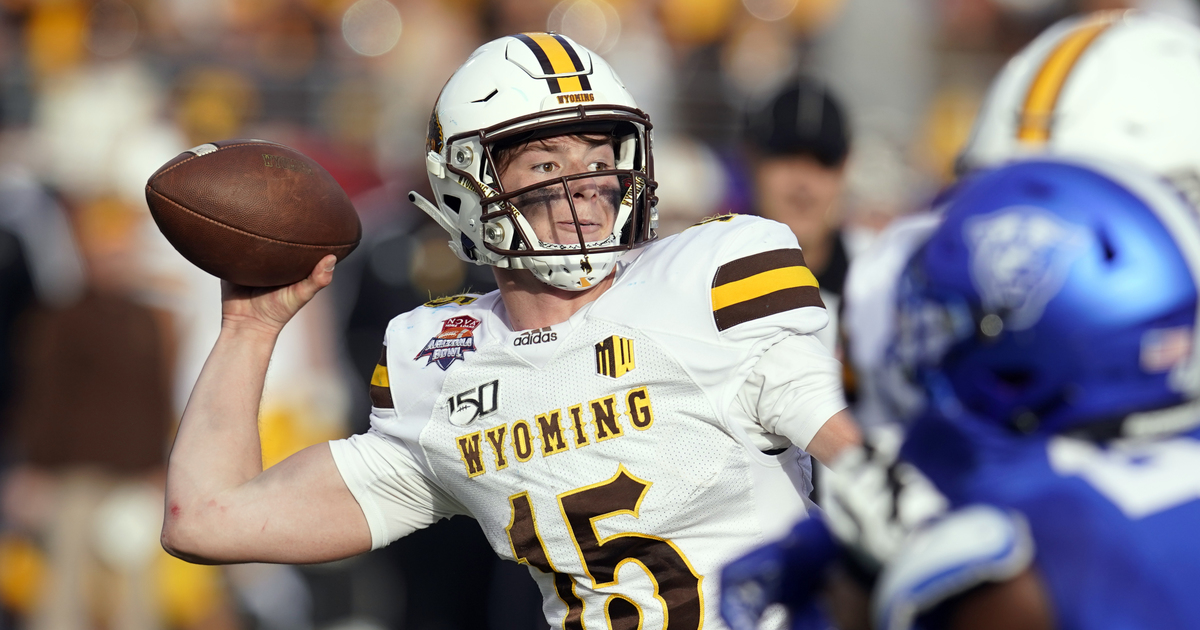 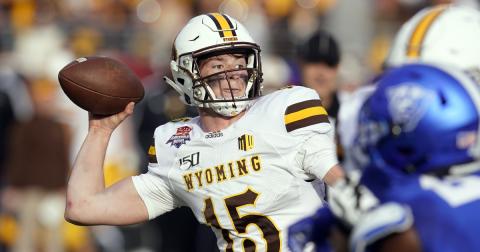 TUCSON, Ariz. (AP) — Wyoming wanted to make the most of its bowl game after being passed over in the postseason last year. Giving a freshman quarterback his first career start didn’t seem like the best approach to accomplishing that goal.

Levi Williams handled it just fine and the Cowboys are riding off from the 2019 season with a bowl victory.

Williams accounted for four scores, Xazavian Valladay ran for 204 yards and scored two touchdowns, and Wyoming rolled over Georgia State 38-17 in the Arizona Bowl on Saturday.

“He was composed, made a lot of big plays,” Wyoming coach Craig Bohl said. “He had a couple things we wish he could have had back, but for a freshman, for any quarterback, he played with a lot of poise and composure.”

The Cowboys won six games to become bowl eligible in 2018, yet found themselves at home watching TV after they weren’t among the 78 teams to get bowl invites.

Once at the 2019 Arizona Bowl, the Cowboys turned to Williams over Tyler Vander Waal, who entered the transfer portal but remained with the team for bowl practices. Williams did not shy away from the spotlight, hurting the Panthers with his arm and legs.

He threw for 234 yards and three touchdowns, with 53 yards and a score on the ground for the Cowboys (8-5), who racked up 524 yards to end the season on a high note.

“He’s a great leader, a freshman stepping up on the big stage like this,” said Valladay, who had three catches for 91 yards and a touchdowns.

Georgia State (7-6) jumped to a 10-0 lead in the first quarter but had a hard time stopping the big-play Cowboys. The Panthers also turned the ball over twice on downs deep in Wyoming’s end in the second half and had a crucial roughing the punter penalty that led to Wyoming touchdown just before halftime.

The miscues spoiled a gritty performance by Dan Ellington. Georgia State’s senior quarterback accounted for 236 yards and two touchdowns despite playing with a torn right ACL.

The Panthers got off to a fast start, marching quickly for Ellington’s 4-yard TD run and going up 10-0 after a field goal.

The Cowboys took over from there, scoring two touchdowns in less than two minutes. Williams threw an 18-yard TD to Austin Conway and, following an interception thrown by Ellington, he found Valladay on an 8-yard score to put Wyoming up 17-7.

Early in the second quarter, Williams had an interception deep in Georgia State’s end on an ill-advised back-foot throw. He made a similar throw just before halftime, but that one turned into a 51-yard touchdown when Ayden Eberhardt broke two tackles, weaved through Georgia State’s secondary and broke another tackle diving into the end zone.

The touchdown came after Georgia State was called for roughing the punter on a fourth and 16.

“Here you are in a seven-point ball game, you feel like you’re in striking distance and that happens,” Elliott said. “That was a critical moment in the game.”

Williams and Valladay connected on a 63-yard pass to open the second half and Valladay scored on a 1-yard run the next play.

Ellington put in a valiant effort while playing injured, but Georgia State’s defense gave up too many big-chunk plays.

Wyoming had a huge offensive day to cap a disappointing finish to the regular season with a win.