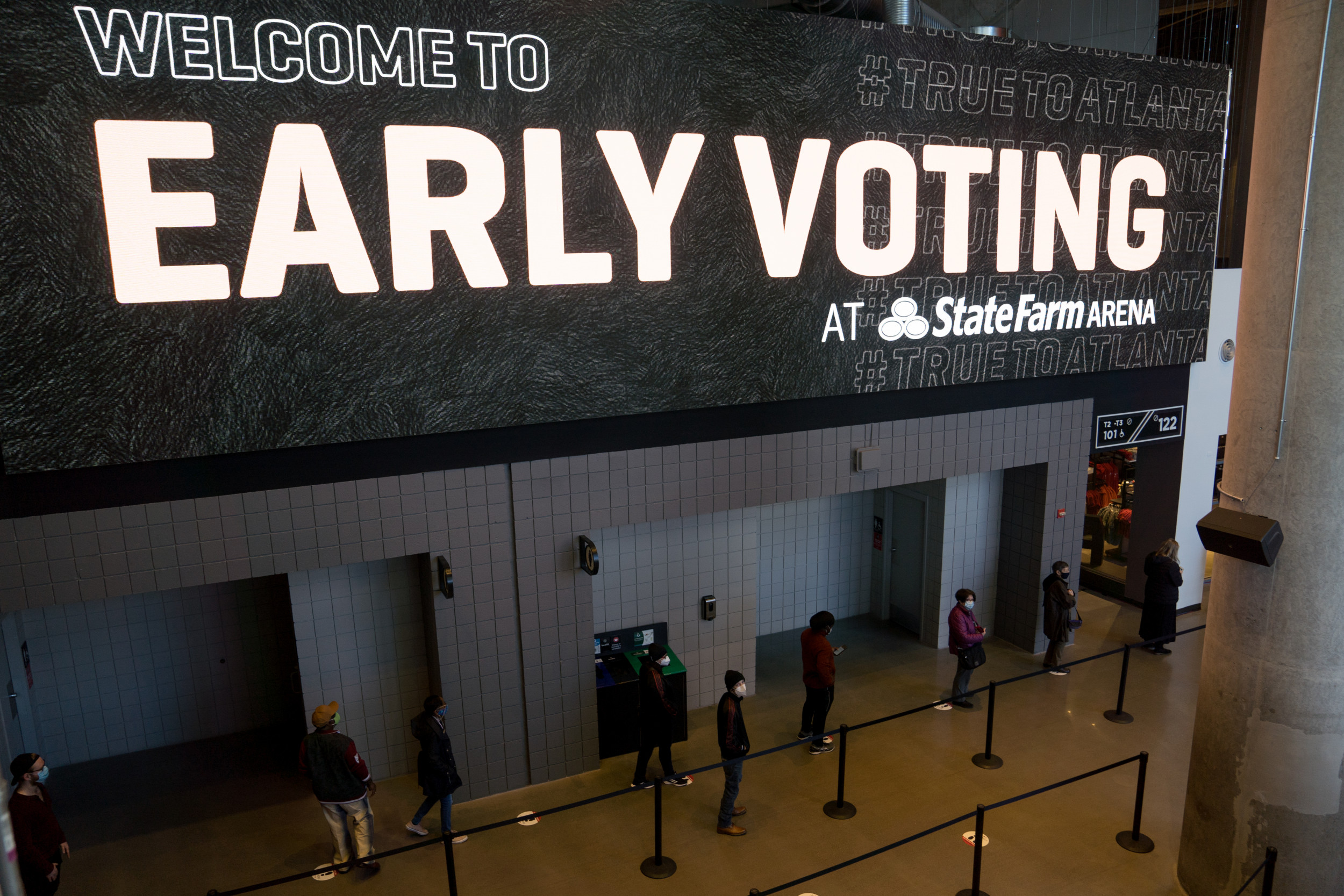 Georgia’s Senate runoff elections have already surpassed one million votes, less than a week into the state’s early voting period.

Early voting for the runoffs began on Monday. As of Friday approximately 1,123,095 early votes have been cast, according to data from GeorgiaVotes, a website that tracks early voting data.
Data from GeorgiaVotes also shows that at the same point in the general election, roughly 1,223,045 early votes have been cast—indicating a 100,950 vote difference when compared to the early voting numbers in the Senate runoffs.
Among the total number of early votes cast as of Friday, more than 481,000 have been mail-in ballots and over 641,000 were early votes, according to the website.
Using numbers provided by the Georgia secretary of state’s office, The Hill reported that roughly 168,000 votes had been cast on the first day of early voting for the Senate runoffs, which surpassed the 128,000 number of votes submitted on the first day of early voting for the general election.
According to the U.S. Elections Project, created by Michael McDonald, a political science professor at the University of Florida, roughly 24,106 people who did not vote in the general election have already cast their ballot in the Senate runoffs, while 889,991 have voted in both.
Newsweek reached out to the Georgia secretary of state’s elections division for comment, but did not receive a response in time for publication.
The number of early votes cast in Georgia’s Senate runoffs comes less than a month before the January 5 elections, consisting of two races that will decide which political party controls majority of the Senate next year.

In one race, Republican incumbent Senator David Perdue faces off against Democratic candidate Jon Ossoff. In the other contest, Republican incumbent Senator Kelly Loeffler—who was appointed by Governor Brian Kemp to fill a vacancy left by Johnny Isakson after he resigned before the end of his term—goes up against Democratic candidate Raphael Warnock. 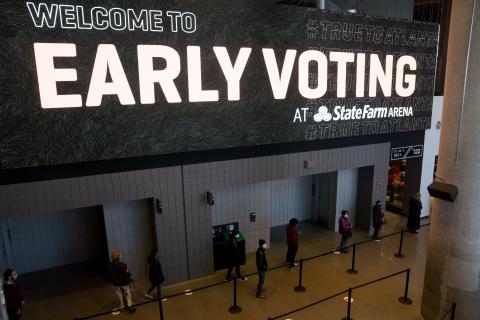 Early voters stand in line at the State Farm Arena on December 14, 2020 in Atlanta, Georgia. Early voting started today in Georgia for the runoff Election for Georgia Senators between Republican incumbents David Perdue and Kelly Loeffler and Democratic candidates John Ossoff and Raphael Warnock.
Megan Varner/Getty
Several recently conducted polls have shown tightly contested races between each of the candidates. In one poll conducted by Emerson College, both Perdue and Loeffler led their opponents by three points, as they both received 51 percent of support. Emerson College polled 605 likely runoff voters from December 14 to 16 and reported a margin of error of plus or minus 3.9 percentage points.
Another poll conducted by Fabrizio Ward/Hart Research, found slightly different results with both Democrats ahead. According to that survey, 48 percent of respondents said they’d vote for Ossoff, while 46 percent sided with Perdue. Meanwhile, the poll found 47 percent of respondents choosing Warnock as their preferred candidate, compared to the 46 percent who chose Loeffler.
Fabrizio Ward/Hart Research surveyed 1,250 potential Georgia runoff voters from November 30 to December 4, and reported a margin of error of plus or minus 3.8 percentage points.
Newsweek reached out to the Democratic and Republican parties in Georgia for comment, but did not receive a response in time for publication.

When Do You Need a Georgia Eminent Domain Attorney?
April 15, 2022
Georgia Republicans Pass Bill to Allow Law Enforcement to Investigate Election Fraud Like the Massive Ballot Trafficking that Went on During the 2020 Election
April 4, 2022