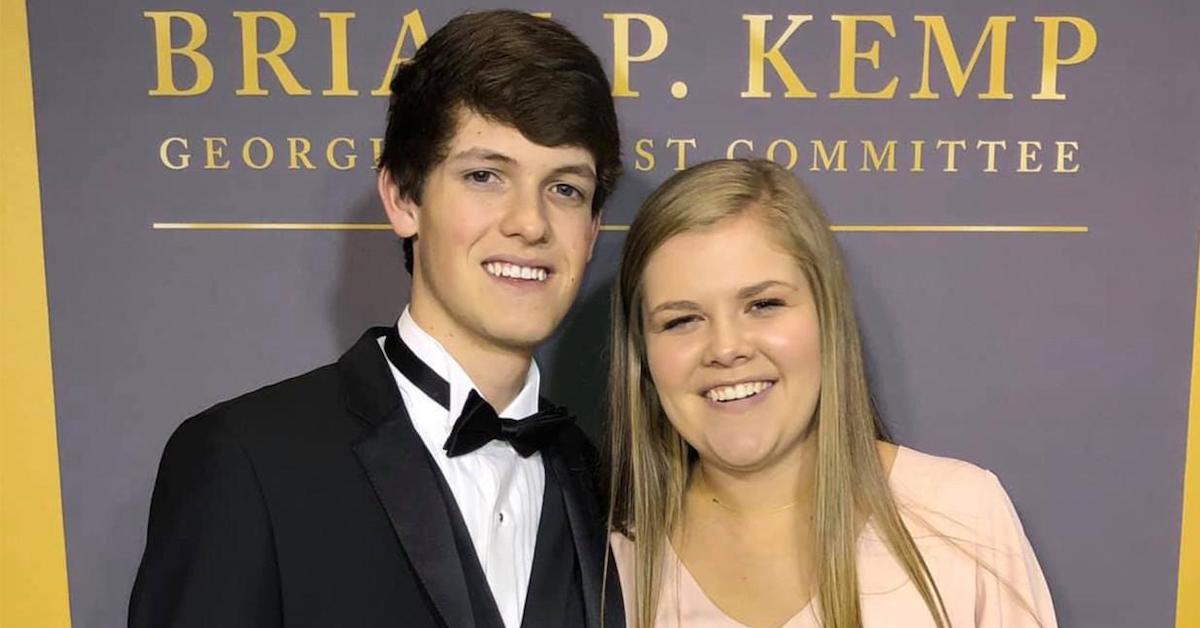 The untimely death and heartbreaking tragedy of the charismatic 20-year-old man with his future ahead of him, Harrison Deal, was a field staffer to Georgia republican politicians, Kelly Loeffler and David Perdue. Harrison Deal was also the boyfriend and best friend of Governor Kemp’s daughter Lucy.
On Friday, December 4, 2020, just outside of Savannah Georgia, at about 10:00 am, the Pooler Police were on a three-car scene of a major accident that took place at 16 eastbound and Pooler Parkway. Neighboring community members reported hearing a large explosive boom and fire filled the air, sealing the fate of this young Georgia political staffer.
The other three individuals caught up in the three-car tragedy were treated on the scene and released unscathed. There was a great deal of chatter on the scene, as witnesses were questioning the tragedy with comments like these:
“It’s more like a car bomb than a normal highway accident.”
“It’s been said that those car explosions in the movies are just for effect because cars that get into even bad wrecks don’t actually blow up like this. Interesting.”
“That’s no freaking crash, that car was blown by a bomb or hit by a missile.”
“Exactly, modern cars don’t burst into flames even at crazy high-speed impacts. Something was either catastrophically wrong with that car or someone planted C4.”
“I worked as a volunteer firefighter in my youth and flaming car wrecks are very rare in modern cars made after the 1980s.”
“That’s a car bomb. not an accident.”
Actual footage from the scene was captured and can be seen here: Gov Kemp’s Daughter’s Boyfriend Harrison Deal Dies in Car Accident Under Suspicious Circumstances. 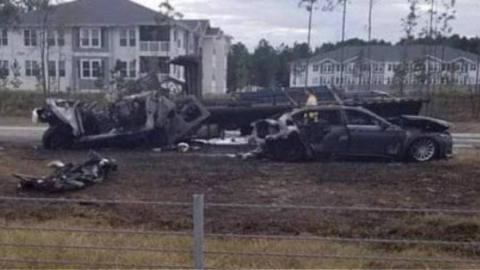 We can only hope and pray that evidence was caught on camera of that fatal day claiming the life of the young man with a promising future in politics and was a student at UGA, he would have graduated in 2022. Prayers go out to 19-year-old Lucy Kemp, who is grieving the loss of her best friend. Her sentimental words are expressed in a statement issued through the governor’s office, her words;
“It’s impossible to put into words just who Harrison Deal was. He was so special to me and I can’t imagine my life without him. Though I only knew him for a little over two years, we lived a lifetime together. He was my best friend and the impact he had on my life will never fade. He taught me how to laugh and not take life too seriously. He gave me confidence in myself I never knew I could have. He was loyal, compassionate, and full of joy. I truly believe I got a glimpse of Heaven in my time with Harrison. The love he showed me was beyond comprehension and I didn’t deserve it. My heart aches at the hole he left in my heart, but oh what a blessing it is that I can rejoice in the truth that we have a sovereign God and Harrison is at home with him and I will see him again. Harrison’s life brought others to the foot of the cross, and in this, he accomplished all that we are meant for in this life.”
The tragedy occurred less than 24 hours after Georgia Governor Kemp called for a ballot audit and bears some of the mirrored fingerprints of another controversial car accident that took place in 2013 concerning the death of Journalist, Michael Hastings. Hastings was well known for reporting on the Iraq war and possessed knowledge of the back door politics of controversial military and political figures, he was killed in a vehicular accident when his car exploded in Los Angeles California. Journalist Michael Hastings received the Polk award in 2010 for Journalism and brought down the career of the nefarious military-industrial complex Gen. Stanley McChrystal, a Never Trumper who worked with foreign adversaries and is connected to the UN.
The 2020 elections have cast a dark shadow over Georgia’s political scene, leaving Georgians and Americans disgusted with the illegitimate level of fraud tied to the Dominion voting machines, lack of progress regarding investigations, and the mass shredding of ballots, computers, and machines containing evidence and endless lies of corrupt politicians from both sides of the aisle.
There are daily alleged claims that the Republican Governor Brian Kemp was making deals with the CCP and has a website in China with no English version, mounting evidence ties him in with business dealings with Consul General Li Qiangmin of Houston, Texas. The two men shared a friendship for years, going back to when Kemp served as Secretary of State before becoming Governor of Georgia.
It was discovered that on July 12, 2019, Georgia Gov. Kemp met Houston Consul General Li Qiangmin, and on July 29, 2019, Georgia signed the contract for Dominion Voting Machines statewide. Coincidence? What is Governor Brian Kemp’s real relationship and connection with China?
For those who need reminding, politicians work for We the People, to be the servants of all Americans. Far too many politicians act like domestic terrorists, collaborating with foreign enemies, and need to face severe consequences for their rogue actions.
More information has surfaced in connection with the state of Georgia and election fraud, potentially tying Kemp and other state officials involved with dealing with huge sums of money, sending it to China under the false narrative of Covid, which laundered the money into greenbacks for the governors, their business associates, and family members.
It’s now common knowledge that Communist China ran a web of financial bribes to many governors and state officials throughout America, using Covid as their excuse and supplies that were never delivered.

Communist China is not our friend, they have bribed too many in our political arena, they have played us in the business world and our local, state, and national government, including our judiciary.

They have purchased landmasses in the U.S. including monopolies of corporations affecting American lifestyles. It’s undeniable that China has been hedging their bets by interfering in America’s elections and paying off treasonous government officials.
Recently, election official, Gabriel Sterling who received 20 million dollars in election grant money, was among the first to scream out at a recent press conference 3 days before Harrison Deal was killed in a tragic car accident and explosion, “Someone’s going to get hurt, someone’s going to get shot, someone’s going to get killed, it’s not right.”
Such a bizarre comment made by an election official, this was either a case of a Freudian slip or one who possessed knowledge or fear of the tragedy.
One can only pray that there will be an honest and thorough investigation held because the devil went down to Georgia looking for a soul to steal and looks like evil hit the jackpot.
“Conspiracy or coincidence, collateral damage bears the fingerprints of sinister thuggery, weaponized against the innocent bystander who never sees the shadow eclipsing his view.” ~ Susan Price
For Further Insight:
GA-CARES Disbursement Request Letter (eac.gov) 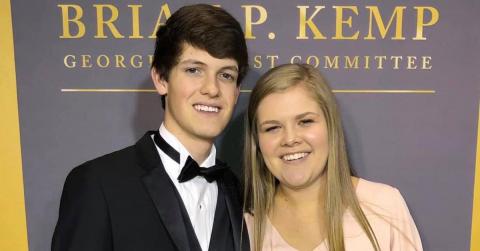 Georgia Fans Weren’t Allowed to Tailgate on Campus So They Tailgated Off Campus
Current vaccine approach not enough to eradicate measles
Jason Aldean explains why Macon, Georgia is such a personal album title: “It all started there”
Black voters showed they matter in Georgia. Here’s how activists are trying to keep it that way
TRENDING: Young GA Man Shot And Killed During Alleged Citizen’s Arrest; Horrifying Video Just Released