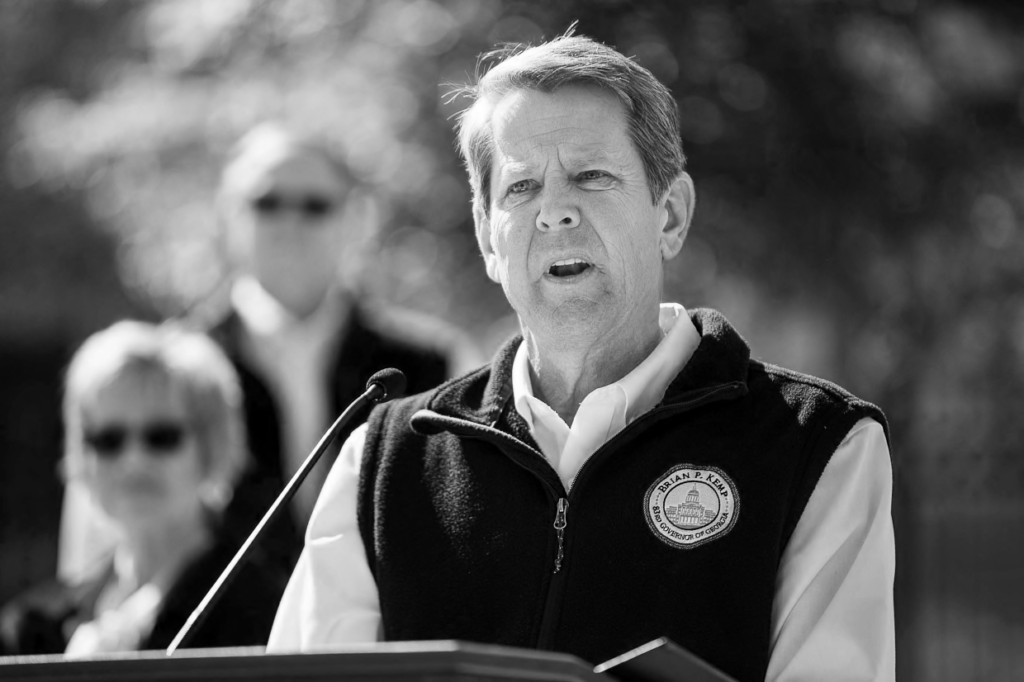 Under Kemp, 6 Hospitals Have Closed and 70% of Georgians are Struggling With Health Care Costs
As another Georgia hospital closes, Gov. Brian Kemp is doubling down on his stubborn refusal to expand Medicaid — which prevents billions in federal funds from coming to our state to help support struggling hospitals and which blocks hundreds of thousands of Georgians from accessing affordable health care. Kemp remains opposed to Medicaid expansion, instead pushing a restrictive and narrow plan that would cover far fewer Georgians, cost more than actual Medicaid expansion during the first year, and lead to tens of thousands losing coverage.
A recent statement from the governor’s spokesperson stated he would continue to build on policies that “have grown access to quality healthcare while bringing down costs,” but under Kemp, 70% of Georgians report struggling with health care and our uninsured rate is the 2nd highest in the nation at 14.5%. 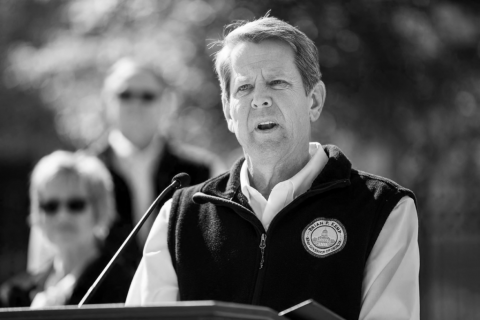 Georgia Gov. Brian Kemp speaks in Atlanta on April 1.Alyssa Pointer / Atlanta Journal-Constitution via AP
The governor’s opposition to Medicaid expansion is purely political — 38 states, including many under Republican governors, and Washington D.C., have expanded Medicaid. Earlier this year, Kemp campaigned with former New Jersey Governor Chris Christie and Mike Pence, who both expanded Medicaid during their terms as governor.
“As another hospital closes — the sixth hospital to close during his time as governor — Brian Kemp remains opposed to expanding Medicaid, reaffirming his cruel commitment to blocking a lifeline  for struggling hospitals and denying health coverage to half a million Georgians. Most Georgians are struggling to afford health care and our hospitals are closing, but Kemp refuses to take responsibility and refuses to use the billions in funds provided by Democrats to do the right thing and expand Medicaid,” asserted Max Flugrath, spokesman for the Democratic Party of Georgia.
The facts on Medicaid expansion:

Lindsey Graham Give WILD Response to Georgia Subpoena
Hurricane Outbreak Alabama, Georgia; At least 5 dead | Alabama news
Man Helps Free A Fox With Its Paw Caught In a Tree
The First Day At A Georgia Mall After The Reopening – North Country Public Radio
Greene Claims AOC ‘Not That Vibrant,’ Calls Herself a Southern Belle