The Morning Brew: Joe Goes Down to Georgia Looking for Elections to Steal 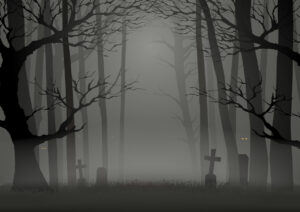 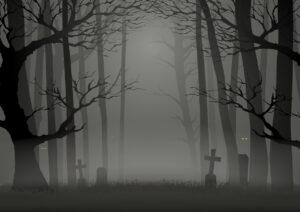 Happy Wednesday!
Today's Brew is made a little extra strong this morning.
Joe Biden Demonizes Trump and His Supporters in Poisonous Bid to Overturn Election Law
Joe Biden went down to Georgia Tuesday looking for elections to steal. Specifically, he came to pitch his effort to codify into law the outrages that made the 2020 Election such a joke. What the Dems, in their Orwellian splendor, call "voting rights."
"I'm tired of being quiet!" Joe yelled -- though whether about the issue or about being prevented by his staff from answering questions, we don't know for sure. Actually, he was talking about throwing his support behind upending Senate rules to get the voting "rights" legislation passed that will allow Democrats to fix future elections coast to coast.
In the process, the president poured poison into the wounds of America.
The man who promised unity blatantly slandered Donald Trump and his 75 million voters, declaring, "A defeated former President and his supporters use the big lie about the 2020 Election to fuel torment." (You want to talk torment? How about those Americans and allies you abandoned in Afghanistan? For starters.) More ghastly, Biden declared Trump "sought to win through violence what he had lost at the ballot box."
Shameless. Outrageous. Unhinged. Delusional. Hostile. Dangerous. Very, very dangerous. A house divided cannot stand, the Bible and Abe Lincoln tell us. A house lead by mad arsonist will burn to ashes.
Our comfort? God is on His throne and the vitriolic rantings of this desperate, feeble man are increasingly falling on deaf ears.
Abrams Wisely Stays Away
Oddly, Stacey Abrams, who is from Georgia and whose signature issue is "voting rights" was nowhere to be found. Shrewd move. Abrams blamed a “scheduling conflict.” Sure her favorite soap opera was on, but that's what DVDs are for.
Biden insisted all was well with him and Abrams and the two "got our scheduling mixed up." If a simple meeting is too complex for the administration to get right, no wonder everything else is going wrong.
Abram's decision to avoid Joe like the coronavirus certainly isn't because Joe is so toxic right now the EPA is close to listing him as a bio-hazard. Or the Democrats' top candidate for governor doesn't want to be photographed with him because they'd immediately be turned into campaign ads against her. No, that couldn't possibly be.
Georgia's Largest Counties Admit to Destroying Video Evidence From #2020 Election
Georgia's two largest counties, where the most 2020 election "issues" occurred, admitted last week that they had destroyed video camera surveillance footage which monitored the election drop boxes. (That Abrams had arranged to put in place, with the help of Zuckerburg bucks, with the promise they'd be monitored. Oops.) The admission the evidence was destroyed comes just as Secretary of State Brad Raffensberger launches an investigation into the massive illegal ballot harvesting at those boxes.
Fauci is to Credibility What Mr. Clean is to Haircare
Dr. Anthony Fauci was still selling snake oil during a hearing Tuesday on Capitol Hill. This as two new stories add to the growing body of evidence we're better off trusting our health care to Dr. Dre than Dr. Fauci.
Fauci Warned Natural Origin of COVID 'Highly Unlikely'
On Monday night, Republicans released leaked emails further indicating that by February 2020, Fauci had been warned that a natural origin of COVID-19 was "highly unlikely" and a lab origin was much more likely. Yet Fauci would spend the year doing his best to quash any hint that the virus came from the Wuhan Lab. The Republicans want answers.
Fauci Funded Research DARPA Considered Gain-of-Function
Project Veritas has uncovered documents from the Department of Defense that tell a different story than the one Fauci's been telling. Seems the DoD research organization DARPA had rejected a proposal from Fauci partners EcoHealth Alliance to fund gain of function research of bat-borne coronaviruses at Wuhan. The research was too dangerous and would violate the ban on gain of function research.
However, Fauci and his NIAID went on to fund that same research. Although Fauci has insisted under oath he hasn't funded gain of function research at the Wuhan Lab, according to Project Veritas, "DARPA certainly classified the research as gain of function."
Adding to the mystery, the documents uncovered were on a top secret shared drive ... although the documents are not classified. Raising the question: "Who buried the original report?"

Please consider supporting the work of The Stream. Equipping Christians to think clearly about the political, economic, and moral issues of the day.

The Marine major who wrote a 2018 report to the DoD Inspector General outlining what happened refused to comment specifically on the report. However, Major Joseph Murphy told Project Veritas:

I offer a brief comment to those that desire answers and to those who withhold them:
To those seeking answers, I offer encouragement. There are good people striving for the truth, working together in and out of government, and they succeed.
To those that withhold, I pray for you. Find the moral courage to come forward. Don't let a lie be our legacy to posterity.

Some great advice to the big shots at the FBI and DOJ too ...
Seems Like a Simple Question: Were Feds Involved in Jan 6?
At a Senate hearing Tuesday, Sen. Ted Cruz asked the FBI's Jill Sanborn a really simple question: "Did any FBI agents or confidential informants actively participate in the events of January 6th? Yes or no?"
Sanborn's response: "I can't answer that."

.@SenTedCruz: "Did any FBI agents or confidential informants actively participate in the events of January 6th? Yes or no?"
FBI's Jill Sanborn: "I can't answer that." pic.twitter.com/Z5Sj1tSyNx
— CSPAN (@cspan) January 11, 2022

Cruz would get more specific, asking if any FBI agents or confidential informants committed crimes of violence on January 6th."
Sanborn's response: "I can't answer that."
And so it went for three and a half minutes. The closest Sanborn got to an answer was when Cruz asked her if any FBI agents or confidential informants instigated any of the violence on January 6. To that she offered, after hesitation, "Not that I am aware of."
The problem with that? She'd just been shown stills of a guy named Ray Epps exhorting the crowd they must get "into the Capitol." And seeming to instruct people to start tearing down barriers. Epps was initially on the FBI's most sought after January 6 offenders, but suddenly was pulled off the list. Although clearly an instigator caught dead to rights, he has not been charged. When Epps called for people to storm the Capitol, he was greeted with chants of "Fed, Fed, Fed."
But Sanborn wouldn't answer if Epps was a Fed.
A year after J6, and the executive assistant director of the FBI's National Security Branch can't tell you if Epps was a Fed? Pompeii didn't see a cover-up like this.
Fictional FBI agent Fox Mulder was only partially right. The truth is out there. But it's also in the hands of Swamp bureaucrats who refuse to share it.
Along The Stream
A must from Jason Jones: “Tucker Carlson and Girardian Way Forward.”
And David Marshall offers a valentine to the Chinese people ... but not the government in “Open Letter to the Chinese People: First, Thanks.”

Al Perrotta is the Managing Editor of The Stream, chief barista for The Morning Brew and co-author, with John Zmirak, of The Politically Incorrect Guide to Immigration. You can follow him at @StreamingAl at Gab, Parler, MeWe and now GETTR.