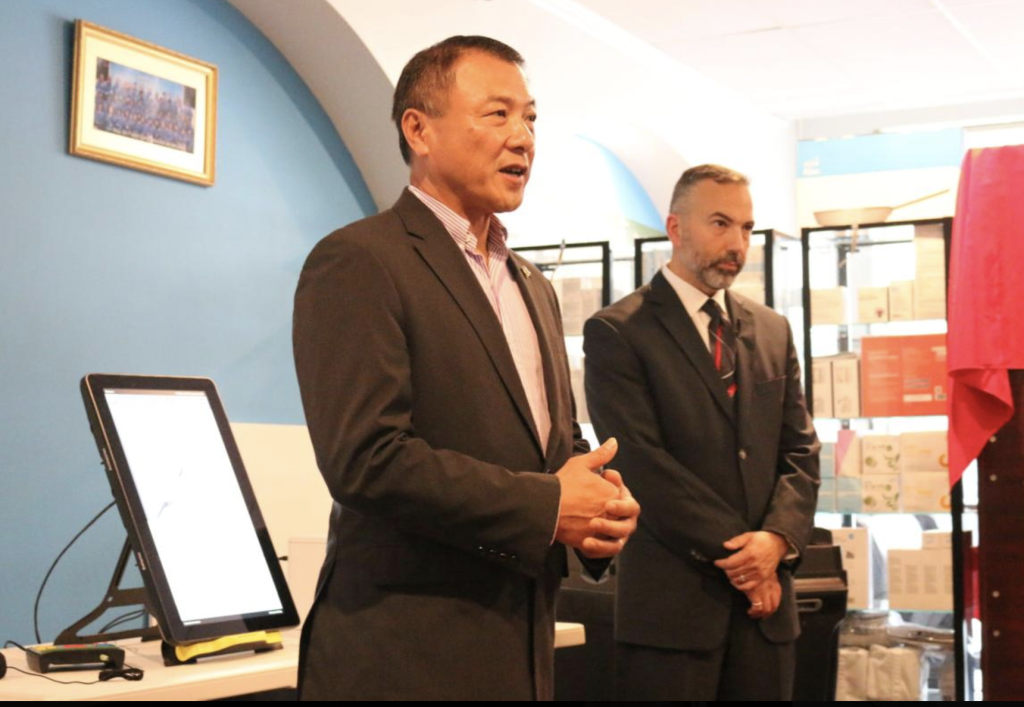 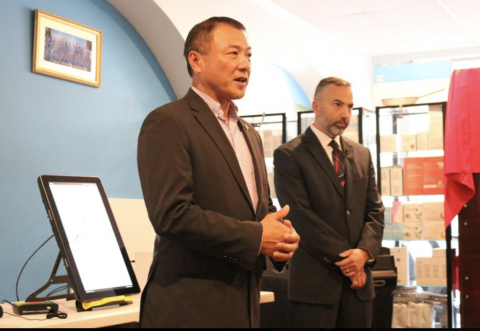 Former Johns Creek, GA Councilman Jay Lin at public launch event for Dominion Voting Machines in Sep 2019
Please Follow us on Gab, Minds, Telegram, Rumble, Gab TV, GETTR
Correction 2 Feb 7:00am EST: Jan Lin was a councilman at Johns Creek during the event, not Gwinnett County where the event was held.. He was later appointed to multiple boards in GA, including the Kemp transition team.

CDMedia has written about former Johns Creek, GA City Councilman Jay Lin and his ties to GA Secretary of State Brad Raffensperger. Johns Creek is a wealthy North Atlanta suburb which has a large Asian community, with ties to the Chinese Communist Party.
We also reported that Jay Lin’s campaign manager, Yale Xiao has circumstantial links to the Chinese Communist Party.
CDMedia filed an open records request at the GA Secretary of State’s office last March for any communications with Jay Lin. We finally received the information this month.
We are beginning to go through 3,000 records but have found some interesting information at first glance.
In September of 2019, The GA Secretary of State’s office was rushing to publicly launch Dominion Voting Systems election machines in Georgia for the Nov 2020 election. The following is one email exchange provided by the GA SoS office per the open records request. The email string discusses where to hold the launch event and who would be invited. The original documents are available via PDF below as well.
Here is local press that was published after the event.
Johns Creek City Councilman Jay Lin introduced officials with the Secretary of State’s office before representatives with the company that will provide new machines conducted a demonstration, reported the Gwinnett Daily Post.
“As a local leader, it is important to me to make sure that the citizens of Gwinnett County are familiar with the new voting system,” said Jay Lin, a businessman and local leader. “I am happy that Secretary Raffensperger took the time out of his busy schedule to come and co-host this informational event with me,” declared the press release issued after the event.

Organizing Dominion Meeting
Page 1& 2
9/4/19
Hammock, Tess: “I talked to Jay Lin and he suggested City Hall (which is in Johns Creek). I mentioned we might want Duluth. Would a government building be appropriate for this?”
Fuchs, Jordan – No.
Hammock, Tess: Okay I’ll let him know. We’re pretty set on Duluth, right?
Fuchs, Jordan: Needs to be in the pleasant hill area. Ted Koval will help you. Can you pull this together quickly?

There are many questions raised by this short communications excerpt.
Questions:

CDMedia is being targeted and obviously too effective! We need your support to put more reporters in the field! Help us here!