The college football season arrives at its climax on Monday as the heralded Georgia Bulldogs attempt to defend their title against the Horned Frogs of Texas Christian University (TCU).

For many of the players, it will be their final shot at collegiate glory before embarking on their professional careers.

Georgia heads to the SoFi Stadium, Los Angeles, unbeaten so far this season and with history in its sights as the defending champions.

No team has won consecutive national titles since Alabama in 2011 and 2012, and none since the advent of the reformatted College Football Playoffs in 2014.

The spread for the College Football Playoff national championship game is massive given the stakes and stage. No. 1 Georgia, one game away from winning its second consecutive title, is a 13-point favorite over TCU at SI Sportsbook.

The Bulldogs got by No. 4 Ohio State as the clock struck midnight on New Year’s Eve thanks to a missed 50-yard field goal attempt. UGA’s narrow 42-41 victory required a 14-point comeback in the fourth quarter of the Peach Bowl. Earlier that day, the Horned Frogs continued their miraculous run with a 51-45 upset win over No. 2 Michigan in the Fiesta Bowl to punch their ticket to the title.

TCU went 12–0 in the regular season before losing in the Big 12 championship game, and was a 7.5-point underdog against the Big Ten champion Wolverines. The Horned Frogs turned a 14-0 first-quarter lead into a 21-6 halftime edge and kept pace with Michigan in a back-and-forth second half to hold on to win.

It was just the fourth time all season that coach Sonny Dykes’s team was an underdog and Saturday marked its third win straight-up (SU) in that position—the loss to Kansas State in the conference championship game was the lone exception.

Georgia failed to cover as a  6.5-point favorite against the Buckeyes, its smallest spread of the year. Kirby Smart’s squad went through the regular season unscathed and romped against LSU, 50-30, to capture the SEC title.

Georgia quarterback Stetson Bennett said “it’s pretty apparent” the No. 1 Bulldogs can play better than they did Saturday in their 42-41 win against Ohio State in the Chick-fil-A Peach Bowl, a motivating factor as they prepare to face No. 3 TCU at SoFi Stadium on Monday in Los Angeles (7:30 p.m. ET, ESPN and ESPN App).

Bennett said Tuesday one of the reasons he flourished in the fourth quarter was because he had to, as Georgia trailed 38-24. He completed 10 of 12 passes for 190 yards and two touchdowns in the fourth quarter, the most passing yards in the final quarter in CFP history. The pressure was on after Georgia opened the second half with two three-and-outs.

“Who knows what the reason was, but it does have to be fixed,” said Bennett, who also threw an interception against the Buckeyes. “We’re trying to be perfect. And we’re trying to do everything that we can to make every play perfect. And when it’s not — win or lose — we’re not happy with it.”

It’s a message that was sent immediately after the clock expired on Saturday night, after Georgia was shut out in the third quarter, converted just 2 of 10 third downs, and the defense didn’t have an answer for Ohio State quarterback C.J. Stroud. Georgia will face another Heisman Trophy finalist in TCU quarterback Max Duggan as the Bulldogs look to become the first program to win back-to-back national championships since Alabama in 2011-12. 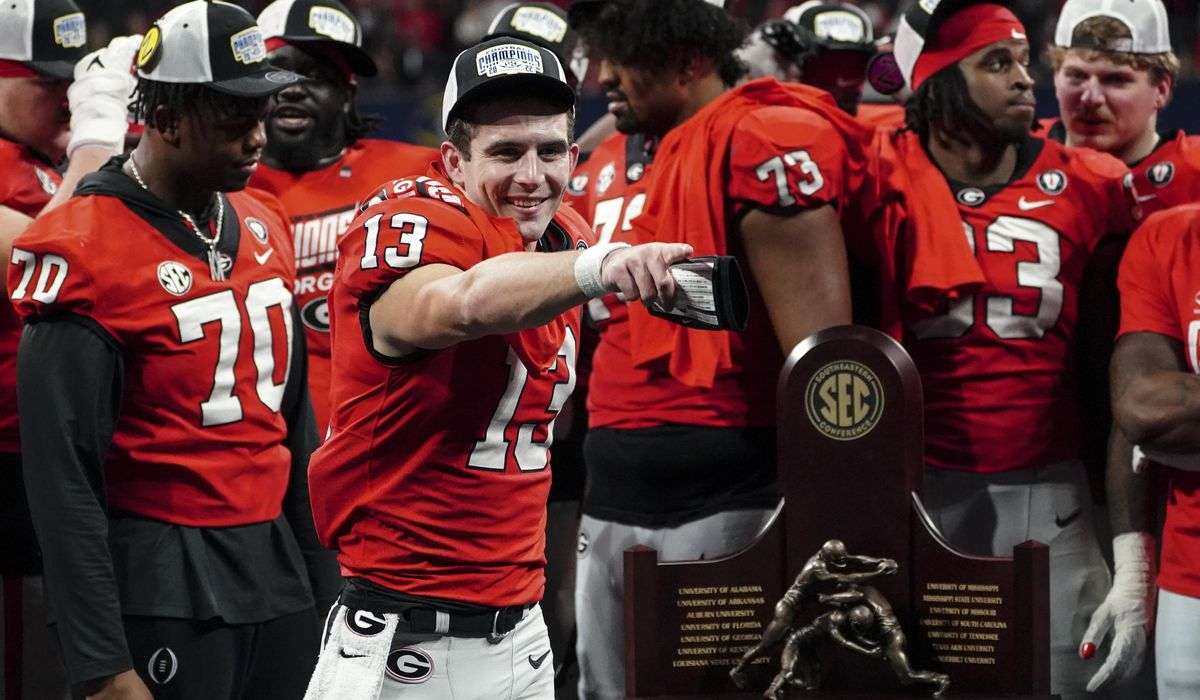 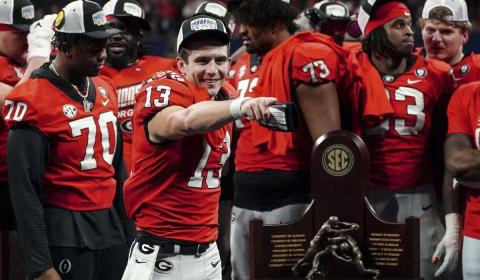 ATHENS, Ga. — Kearis Jackson insists he and his Georgia teammates are not content even after adding this year’s Southeastern Conference championship to last season’s drought-breaking national title.

The Bulldogs are motivated to keep winning.

In fact, Jackson, a senior wide receiver, insists No. 1 Georgia is working harder than at this time last year as they seek a new goal – back-to-back national championships. The Bulldogs won their first national title since 1980 last season.

Jackson says motivation isn’t an issue as the Bulldogs prepare for their Peach Bowl College Football Playoff semifinal against No. 4 Ohio State on Dec. 31. He says some observers will think Georgia players might be satisfied following their 50-30 win over LSU for the the SEC championship.

It’s a change from one year ago, when Georgia players had extra incentive following a loss to Alabama in the SEC title game.

“Last year after the SEC championship, it was like we came in with a chip on our shoulder because of the loss,” inside linebacker Smael Mondon said. “This year, I feel like we came with that same intensity, without coming off of a loss. We still have that same fire and intensity that we bring in practice.”

Jackson also says winning the conference championship hasn’t taken away the team’s hunger as they enter another playoff. 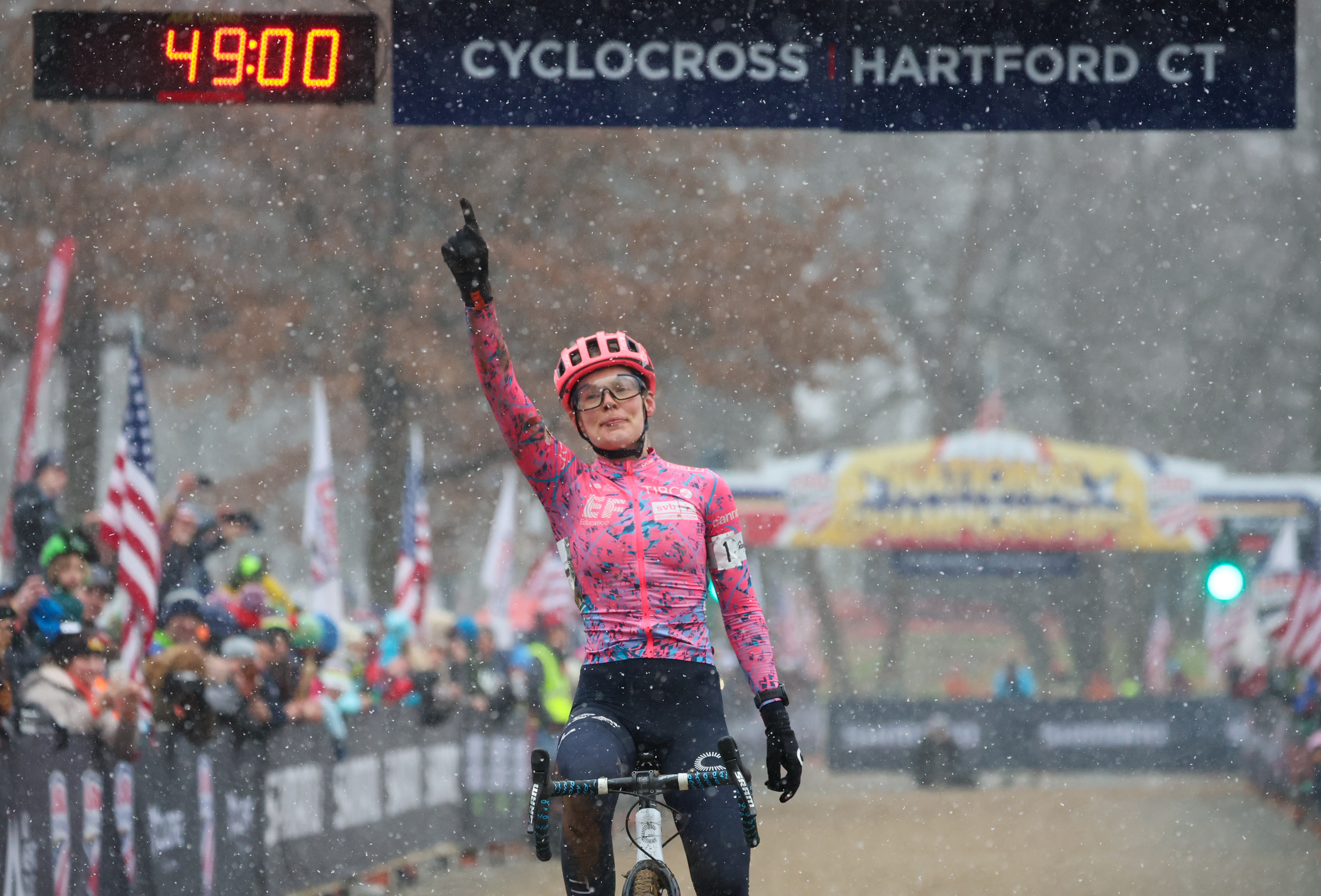 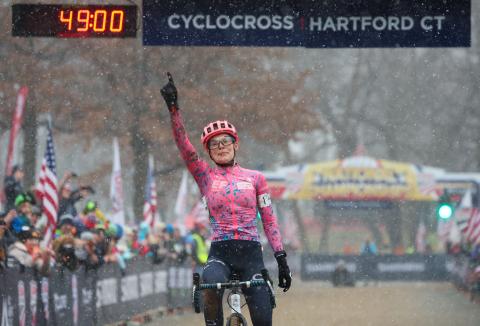 Clara Honsinger received her third elite ladies’s nationwide crown with ease on Sunday at a snowy version of the US Cyclocross Nationwide Championships. The EF Schooling-TIBCO-SVB rider pulled away from her nearest opponents on the second lap and by no means regarded again.

It was the third consecutive elite ladies’s title for Honsinger.

“This race is truthfully one of many highest stress races of the yr for me. I hung out finding out the course. I attempted to not let all of the hype round it get to me,” Honsinger stated.

“My preparations started alongside time in the past on the highway, so getting these miles in the summertime [helped]. I’ve all the time had a goal for Nationals this weekend.” 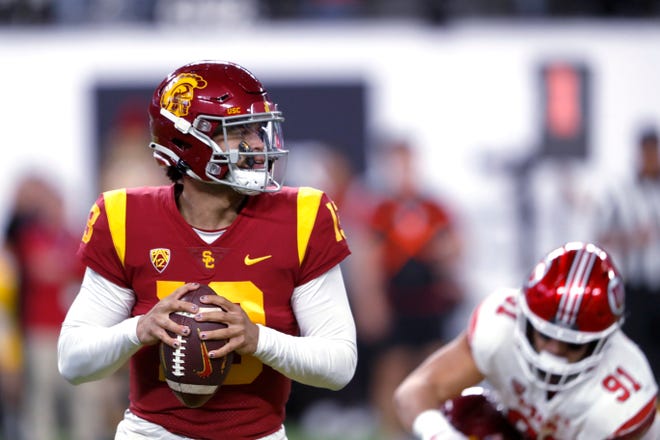 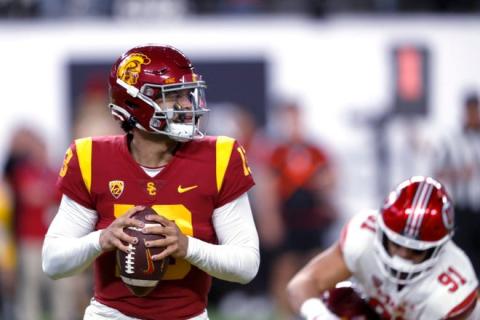 C.J. Stroud is a Heisman Trophy candidate for the second-straight season.

Heading into the 2022 Heisman Trophy ceremony Saturday, Stroud is the only returning finalist from 2021 and is joined by USC quarterback Caleb Williams, TCU quarterback Max Duggan and Georgia quarterback Stetson Bennett for the award given to the best player in college football.

How do Stroud’s stats compare to the other three finalists? 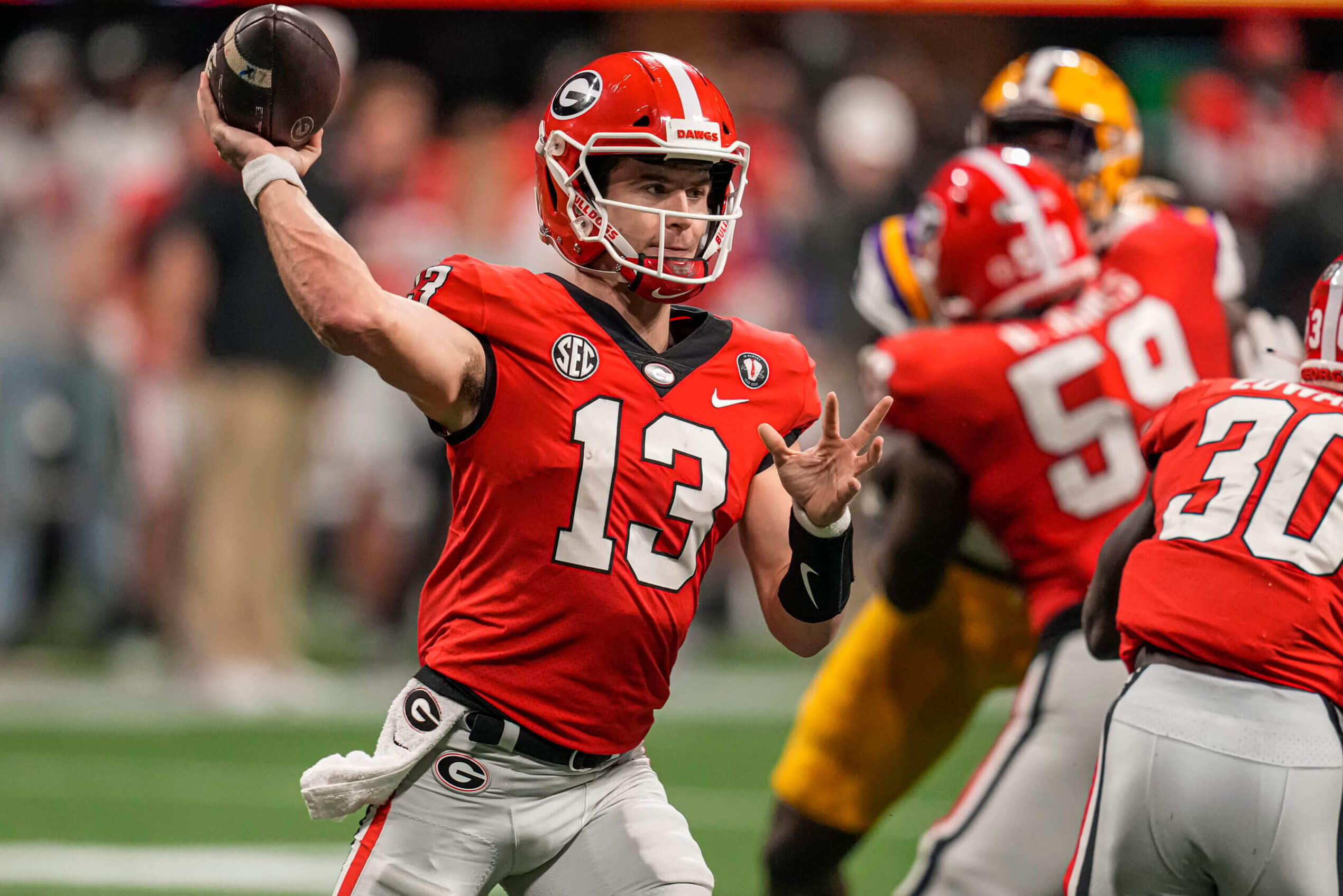 That changes in this year’s College Football Playoff semifinal, where they face off in the Peach Bowl on Dec. 31. It’s the game that for a while seemed destined for the championship but instead will be for a chance to get there. Plenty of analysis awaits the marquee matchup, but here are initial thoughts from Georgia’s angle.

Did Georgia get a raw deal?

Plenty of people, including those not given to conspiracy thinking, always will assume the members of the Playoff selection committee made sure not to create a Michigan-Ohio State rematch in the semifinals. The result being that top-seeded Georgia ended up with what’s perceived as the harder game (than Michigan-TCU) against fourth-seeded Ohio State.

OXFORD, Ohio— Miami’s Anderson Mirambeaux scored 22 of his 27 points in the second half, but Evansville held on to edge the RedHawks 78-74 in the season opener for both teams Monday night.

The top three in the College Football Playoff rankings are set in stone and not likely to budge any time soon — until Ohio State and Michigan meet later this month, at least.

Georgia is the most rock-solid No. 1 since, well, the Bulldogs of last season. After topping Tennessee, the defending national champions are in position to coast all the way into the national semifinals as the top overall seed.

Who the Bulldogs would face remains very much for debate.

In the second playoff rankings, No. 4 went to TCU, the last of the four Bowl Subdivision unbeatens. The Horned Frogs inched ahead of Tennessee, which lost a crucial SEC East matchup against Georgia but remains right on the cusp of the top four.

The second playoff rankings were also notable for two notable absences near the top: No. 9 Alabama and No. 10 Clemson were both ranked outside the top six for the first time in the history of the postseason format.

For only falling three spots after suffering a second loss, the Crimson Tide lead the list of winners and losers from Tuesday’s rankings: 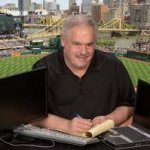